Women’s History and Feminism – Addressing the Elephant in the Room

Women’s History and Feminism – Addressing the Elephant in the Room

Women’s History has only become a serious academic area of research in the last several decades. In the public it has been a shorter time than that. Sure we all grew up learning about Susan B. Anthony, Sojourner Truth, Ida B. Wells, Amelia Earhart, and Eleanor Roosevelt but even the stories of those women’s lives were not very well examined until more recently.

The intersectionality of race, class, religion, ethnicity, and gender within the feminist movement has always been a bone of contention.  It is true for the vast majority of the representation of the feminist movement has been white, heterosexual, protestant women. They are the women who have led the movement and in the process marginalized other women to the sidelines. This of course is not true for all the women leaders of the movement. Some have made a concerted effort of inclusiveness and attempted to bring in the marginalized only to be met by resistance from others within the movement or from women of color themselves who do not want to be included in a “white woman’s battle.”

In the last several years with the resurgence of feminism there has been a large push by the vast majority to fully understand intersectionality and to make sure the mistakes of history have not been repeated. Does it work out perfectly every time? No, of course not. Will some construe this article as being “white privilege” and me being just another white woman marginalizing women who are not like me – of course there will be but I cannot do anything about those assumptions that will be made by people who do not know me. I can only speak to what I know as a woman in the feminist movement who happens to be a historian.

Even for academics, intersectionality and feminist theory can be convoluted and a contentiously debated topic, and there are those who are much more educated than I who can discuss the topic in much more detail and with more knowledge. However, I feel compelled to address this elephant in the room.

Feminism should be inclusive of all women regardless of race, ethnicity, religion, or gender. There are those who believe that feminism should be inclusive of men as well who believe in the tenets of feminism too. The argument can be made that together we are stronger than divided and I for one believe that to be true. Do we all understand the variables we face based on the experiences of our lives? Can a white woman truly understand what it means to be a woman of color? No – of course not and I do not pretend to be able to.

What I do believe is we must have discussions that are open and honest without judgement or assumptions being made. Women have always had an inclination throughout history to solve and shape societies’ solutions to problems, specifically when it comes to issues of social constructs. Whether women of color or white women, we are the ones who have demanded and created change even in periods of time when women were supposed to be relegated to the private spheres of domesticity. There have always been women who challenged the system of patriarchy and made tremendous changes in our communities and our countries. Where would the labor unions have come from if not for the young women of early 20th century factories? Where would emancipation have come from? Where would Health Boards, Suffrage, the Civil Rights, Child Labor Laws, Reproductive Health, and the other myriad of issues come from and solutions achieved if not for women? It was ALL women working together and apart that made these changes happen.

There is a fascination with people to examine history as they get older. Some of us develop a love of history at a young age but most only come around as we get older. There has been a revival of sorts of re-examining history through the lens of the marginalized and that is specifically the type of historian that I am. I re-examine well-known events of the past with the lens of the marginalized. While I specifically look at it through the lens of women, all women of all races, ethnicities, religions, and gender, I have to put my work into the larger context of the time. In addition to the re-examination with a new lens, I am always searching for micro-histories of every day, regular people and placing them into a larger context of the time and/or events that happened. I strive to tell the stories of those who have been left out because of their gender, race, ethnicity, class, and religion.

When historians research and examine the past, we have to make sure that we examine it in the social constructs of the time period. We cannot use the social constructs of the modern era to make judgments or conclusions on the past. Of course we recognize racist, sexist, and elitist views from the past when researching but we have to contain those views in the context of the time period.

One example of this is the suffrage movement. The vast majority of leaders of the suffrage movement here in the U.S. and in the U.K. were led by white women. That does not mean that women of color did not participate in the movement or that they didn’t make significant contributions. However, to judge the movement as a being a racist movement by today’s standards is not quite fair. You have to place the movement within the context of the time period. Race was a huge issue in the early 20th century. Emancipation was less than fifty-years old and the mainstream concept of people of color being involved in major movements was frowned upon by the majority. This was a period of time when scientific racism prevailed and was touted by many as being truth. We know this is not true today. However, in that period of time, it was a view that was held by many in and outside of the suffrage movement.

The suffrage movement did have women of color who played a role, yet to believe that women of color had significant influence over the movement as a whole in roles of leadership on the national or state level is not true. They had influence within their own communities. It does not mean those women of color who did participate should be left out of the history of suffrage and we should provide their stories and the history of what they did because they were part of the movement. We cannot though, re-write history to place them in a role they did not have. If women of color had been more prominent in the suffrage movement there are those who would argue suffrage for women in the U.S. and the U.K. would not have been attained when it was and in all likelihood would not have happened until later in the 20th century. Is that statement racist? No, it is just placing the event in the historical context of the period with the social constructs that existed during that time.

Should we blame the racist or elitist views of some of the leaders of the suffrage movement in the U.S and the U.K.? Should the accomplishments they obtained be negated because they held prevailing views on race and class of the time? If we do that are we willing to have an open and honest discussion about other women of the past who held similar views, for instance when do we start discussing Margaret Sanger and the fact she traveled and spoke to many WKKK (Women of the Ku Klux Klan) groups regarding birth control and abortion?

These are all things we need to discuss and have open and honest discussions about. However, we need to bring the LESSONS of the past into the present and not bring the social constructs of the present to the past. We need to learn from the past and apply those lessons to the present. It’s been over a hundred years and we are still having the same issues within the women’s movement and it’s time for honest and open discussion about the present. The stories of the past remain in a different context of time and as historians it is our job to uncover the untold stories of ALL women who have been left out of history and share them with the world.

As women of all races, ethnicities, religions, classes, and gender we have to listen to each other’s experiences and attempt to understand the intersectionality of the complex nature of women. It is only when we are able to do this, will we continue to move forward and achieve goals one step at a time. We do need to remember the past so we do not repeat it. I for one, look forward to moving into the new century of feminism and the women’s movement to learn from everyone and to continue re-examining the past and the present, to uncover the stories of the marginalized. Every person has a story that needs to be shared and the rest of us listening need to do so without placing judgment, blame, or shame on the storyteller otherwise we will never move forward together. 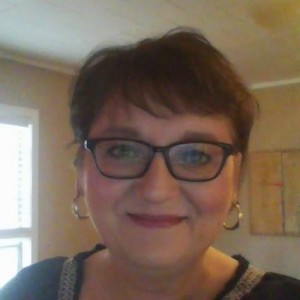 About Renee Davis: Renee Davis sits on the Board of Directors for UniteWomen.org and is a Historian. She has been with the organization from it’s inception and has served as a Co-State Director of Louisiana, a Regional Director, Outreach National Director, Executive Vice President of Programs and created our UniteWomen.org Campus Division. She also created the concept for our Unite Against Rape campaign after the Steubenville Jane Doe case and was the catalyst for bringing UniteWomen.org into the Suffrage Centennial Celebration held in Washington, D.C. in March of 2013. Renee is currently finishing her M.A. in History at Louisiana Tech University where her research focuses on Women’s History, Race, Gender, and the South.