Women, together, will change the conversation!

Women, together, will change the conversation! 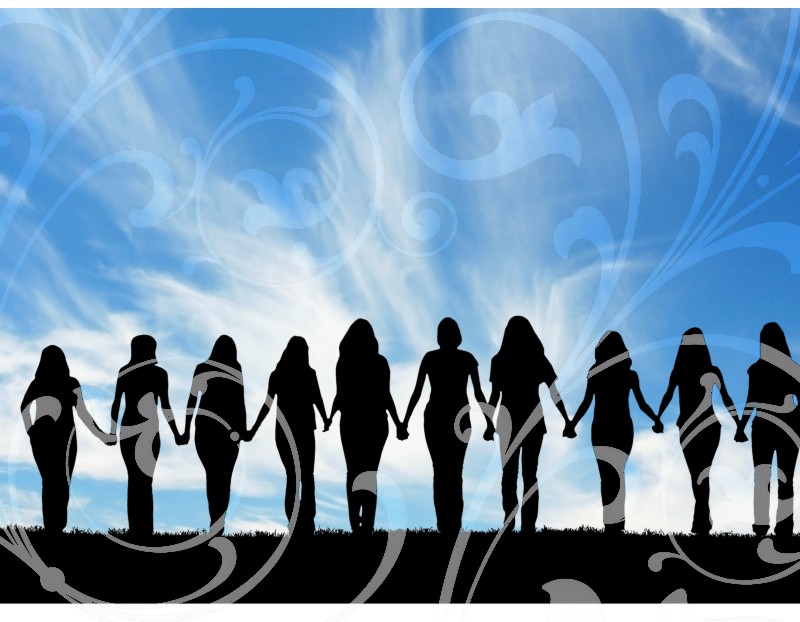 I have been very fortunate in my life. I grew up in a loving family focused on looking for the best in every person I meet. Even my teenage trauma strengthened the way I think about people and respond to them.

I learned I had scoliosis at age 12. I spent four years in a Milwaukee Brace at a time in one’s life where your peers are not so kind to someone “different”.  As expected, I began that journey feeling sorry for myself. Part of my treatment was meeting monthly at the Presidio military hospital in San Francisco with other scoliosis patients to share issues and get re-fitted for our braces. What I encountered at these sessions were people who not only had scoliosis but so many other medical issues such as cerebral palsy and ehlers-danlos syndrome. Add to that the many men back from the Viet Nam war with lost limbs.

I very quickly went from self-pity to feeling very fortunate and wanting to help the other patients who were in a far worse situation. This experience also prepared me for the bullying I faced when I returned to middle school. When the name-calling started, instead of being hurt and defensive, I felt sorry for the name callers. I felt sorry for them because they did not understand that what happened to me was not of my choosing and they could be in a similar situation tomorrow.

Jump to raising a daughter who was a victim of a queen bee and her wannabes during middle school. I had discussed my experience with her many times as a way to share with her that no one deserves to be bullied and to respect other’s differences. While her experience was very hurtful, she was able to put it into perspective by aspiring to the bravery I showed at that age. As a young adult now, I hear so many in her life describe her as someone who genuinely cares about others.

While all of this has given me empathy and compassion for others, nothing gave me the true understanding of what so many women have experienced, than working with the volunteers of UniteWomen.org. I’ve read the statistics about rape, assault, domestic violence, poverty, bullying, eating disorders and much more but until women began sharing their stories with me, it wasn’t real. Through their involvement with UniteWomen.org, they have shared their stories for the first time…or as they say… “owned” their stories. I truly feel honored and in awe of these women for the trust they have placed in this organization.

To bring this home, Renee Chelian walked into my life. Renee and I met at a rally at the Michigan Capitol right before Lisa Brown was banned from the House Floor for using the word “vagina”. Renee and her daughter Lara approached me and said they had an idea they wanted to discuss. Renee is the Director of the Northland Family Planning Clinics. We met a few weeks later and knowing that a key goal of UniteWomen.org was to change the conversation about women’s issues in the country, Renee presented her idea.  Women are so often deemed “bad women” because they have an abortion as if that is the only experience in her life that should define her. She also recently opened an adoption agency and told me that the women who come in to give their babies up for adoption were equally demonized. She wanted to know if we were interested in working on a project that would take the conversation from demonizing women in so many aspects of their lives as “bad women” to giving them the power to say they are “good women”.

That is how the “We Are Good Women” campaign was born.

UniteWomen.org, Northland Family Planning Centers and the Abortion Care Network partnered to produce two phases of this campaign. The first is a series of “We Are Good Women” videos where real women from each of these organizations sent in their photos with the experience(s) in their life where society deems them as “bad women”.

We have received so many emails and messages from women where  just the process of sending in their photo has been a healing process. One woman within the UniteWomen.org community said this project brought her to “owning” her story after keeping it to herself for 43 years. I was the first person to hear her story prior to her sharing it in a blog. Another woman posted this comment on one of the videos:  “Thank you so much for putting this video up. I’ve been dealing with the aftermath of childhood abuse for most of my life, and seeing the words “I am a good woman” underneath my photo did what nothing else was able to do. For the first time, I am able to look back on my life with a genuine smile on my face. Thank you, thank you…”

I want to thank Renee Chelian for bringing this project to UniteWomen.org and thank Renee Davis for creating all of the videos. These two Renee’s have connected me with women I will never forget and for the first time in my life understand the true meaning of “sisterhood”.