What Did She Do to Make IT Happen? I Was Walking to My Car

What Did She Do to Make IT Happen? I Was Walking to My Car 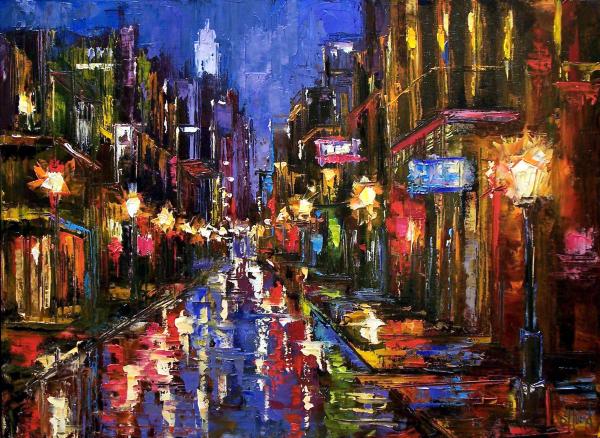 New Orleans is a city of beauty, culture, and diversity. There is a dark side to it though. Amidst the crowds of tourists and locals there are those predators who wander the street. In a Rape Culture some always ask “what was she doing to cause IT to happen?” Well, these women weren’t doing anything. Some were walking down the street, some stopped in a local watering hole and met what seemed to be a nice guy who bought them a drink.

I was walking down the street twenty years ago to my car. The streets were crowded with tourists and locals. Music was blaring from local spots in the area. That’s when he came up from behind. I don’t know if he had been there all along or if he came out of a building. Either way all I felt was something in my back, and his breath on my neck telling me to do what he said.  I wasn’t doing anything except walking to my car. I wasn’t doing anything to cause IT to happen. I don’t know how long it lasted because time stands still in situations like this. All I remember is the heat of the concrete, the smells of urine and booze in the alley, the knife at my throat, and being able to hear and see the people walking by less than 50 feet from where I was being raped. Surely I thought someone will see and help me. Surely someone will rescue me. No one did.

New Orleans police are reporting that in the last six months there have been eight rapes in The Quarter. The latest happened this past Thursday, the second in the last eight days. Read more about these latest incidents:

Renee Davis sits on the Board of Directors for UniteWomen.org Action and was most recently the Executive Vice President of Political Action. She has been with the organization from it’s inception and has served as a Co-State Director of Louisiana, a Regional Director, Outreach National Director, Executive Vice President of  Programs and created our UniteWomen.org Campus Division. Renee is a dedicated and fierce activist for women’s rights and equality for all.