Welcome to the Birth Revolution

Welcome to the Birth Revolution 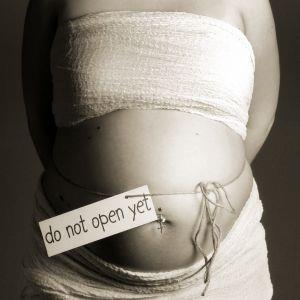 Right now women and the men who support them are using their voices, their votes, their many sources of power to preserve women’s rights and continue the fight for complete equality. Women’s rights organizations are locked and loaded; their supporters are in action on the paved streets and virtual highways every day. As many prepare to march on Washington this August 18 to oppose the War on Women, another woman’s movement known as Improving Birth rises from the homes and hearts of America.

Nearly 100 Improving Birth rallies will take place across the country on Labor Day, 2012 with the intention of bringing public awareness to the state of maternity care in the U.S., which outspends every country in the world for maternity care, yet has a maternal mortality rate higher than 49 other countries, according to Amnesty International, which also reports that women in the U.S. face a greater risk of maternal death than nearly all European countries, as well as Canada and several countries in Asia and the Middle East.

We can do better, and we will. Thousands of women, men, and children will gather in over 60 major cities across the country for the National Rally for Change on Labor Day, September 3, 2012 to bring attention to the alarmingly high rates of medically unnecessary cesarean sections and labor inductions, as well as other troubling policies and procedures.

This campaign, organized by ImprovingBirth.org, seeks to educate and empower women with evidence-based information in order to make truly informed choices regarding their maternity care. President and founder of Improving Birth, Dawn Thompson explains, “We’re not talking about natural birth; we’re just talking about normal physiological birth. Every woman should have the right to choose the type of birth she wants, we’re just asking for them to be evidence based and fully informed choices.”

According to The World Health Organization (WHO) cesarean rates should be no higher than 10–15 percent. The U.S. has an average cesarean rate of 32 percent, which suggests a high number of medically unnecessary surgeries. Additionally, the recommended rate of induction is 10 percent or less, but in an analysis of 19 hospitals across the country, it was found that 44 percent of women planning a vaginal birth were medically induced. A medically induced birth leads to a 67 percent higher chance of a caesarean section, which carries greater risk to mother and baby than a normal vaginal birth.

These revealing statistics may be explained by a study published in the journal Obstetrics and Gynecology that examined the “quality of evidence that underlies the recommendations made by the American College of Obstetricians and Gynecologists (ACOG).” It was discovered that only 30 percent of ACOG’s guidelines were based on “good and consistent scientific evidence” and that 32 percent were based simply on “consensus and opinion.” When ACOG’s obstetric guidelines were looked at individually, a mere 25 percent was found to be based on quality science and nearly 35 percent based on opinion. It seems that a lack of scientific research has led to an over use of risky interventions.

The bottom line is that reducing medically unnecessary interventions will save lives and money. Childbirth Connection and WHO report that the U.S. could save an estimated $3.4 Billion dollars each year by reducing the cesarean rate to 15 percent, the rate recommended by WHO. Amnesty International reports that, “an estimated $1 Billion could be saved annually—mostly by reducing neonatal intensive care unit admissions—if early elective deliveries were reduced.” The March of Dimes is also campaigning to eliminate medically unnecessary inductions before 39 weeks gestation.

A women’s right to reproductive health care is in jeopardy, and if a woman chooses to have a child she will be treated according to maternity care guidelines that are 75 percent unscientific. In many states, a woman cannot freely choose where, when, and how she gives birth. In some states homebirth is illegal, midwives are illegal, and a vaginal birth after cesarean is not supported and therefore not allowed in traditional settings. The result of these limitations is an increasing number of women who choose unassisted births at home with their partners and friends rather with the assistance of trained professionals. A further result of our broken maternity care system is a thriving birth activist community populated with women and men who are passionate about a woman’s right to a fully informed, evidenced-based birth. We are poised to make history on Labor Day, 2012. Won’t you join us?