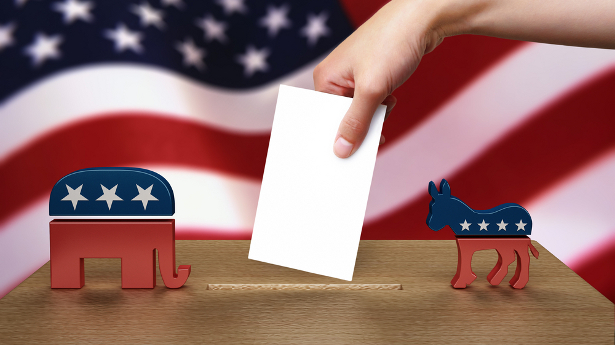 The vast spectrum of history is made up of a multitude of small, seemingly inconsequential moments. Most are unacknowledged and the majority are little known, but they are all essential in their own way to creating the larger moment.

As human beings, as citizens of the world, and yes- even as citizens of our own communities – we either diminish or ignore the part we each play in shaping our world. Even the inaction of our apathy plays a part in what goes on around us. Therefore, it is not surprising that far too many of us do not recognize or embrace the power of our vote.

Those among us who vote regularly is shockingly low. Take into account the following statistic: despite an 8 million-person increase in eligible voters over the period from 2008 to 2012, the percentage of eligible voters who went to the polls on Election Day dropped from 62.3% to 57.5%. That statistic is only pertinent to years when Presidential elections are held. The years when mid-term or down ticket elections occur is even lower. In 2010, for instance – a year that heralded a significant change in the demeanor of the Republican Party and the then-tenuous spirit of cooperation between the two opposing parties- turnout among eligible voters averaged in the 40% range. That means less than half of the eligible voters in this country chose to have any say in the direction their country went. How many of those who chose to stay home on Election Day 2010 would like to do things differently now, do you suppose? Many, I am sure.

In this current election in Virginia, we have recently had a new wrinkle added to an already problematic atmosphere. In recent weeks, the Virginia State Board of Elections has been conducting a voter purge. This purge – begun a scant two months before the election-  will affect close to forty thousand voters and raised early concern from at least two state registrars because of the haste in which it was being conducted prior to an election. On Oct. 3, the state Democratic Party filed paperwork seeking an injunction to halt the purge. But on Tuesday (10/15/13), the Board of Elections said it had already nixed 38,870 names from voter rolls after county registrars reviewed the initial lists.(Washington Post, 10/17/13). On October 18, 2013 the Federal Judge assigned to the case denied the injunction, “I just don’t find that there’s a strong showing here of any inequitable treatment or the deprivation of anyone’s rights,” U.S. District Judge Claude M. Hilton said as he denied the Democrats’ request. (Washington Post 10/18/13). 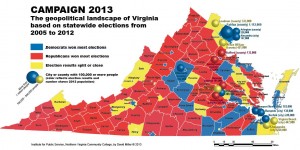 It is also important to note that any matters relating to the conduct and practice of the elections; problems at polling places, voter challenges, etc… falls under the purview of the state Attorney General- the position that the current Republican nominee for Governor, Ken Cuccinelli holds. The implied conflict of interest is more than obvious. Although quite legal in the state of Virginia, no other candidate in recent history has retained their position as the state’s chief legal counsel while running for higher office. This action, along with the coming implementation of new Voter I.D laws and the recent voter purge, have quite understandably raised red flags of concern for Virginia voters. But will that concern spark enough energy at the polls to keep things fair and equal.

All elections matter- from board of supervisors or mayoral races, all the way to state legislature and gubernatorial races and beyond. They all matter. As former Speaker of the House, Tip O’Neil stated so aptly, “all politics is local”. It has become one of the great truisms of American politics. You only need to look at the state-by-state campaign of anti-choice, anti-union and voter restriction measures that have been enacted since 2010 to see the importance of elections on the state level.

Virginia has been one of the key states in this campaign. Perhaps not in the noisy and news-worthy way that states like Texas and Wisconsin have been, but we have gained our own measure of notoriety on anti-choice legislation and more recently restrictive voter ID laws. Not to mention, more recently, restrictive voter ID laws passed in the last session and set for implementation in 2014. The analysis is simple; what cannot be achieved on the federal level is done in the states, therefore making federal decisions like Roe v. Wade geographically irrelevant. We live and work within the confines of our communities, and while things that happen on the federal and international level affect us, what happens in our state and in our community affects us most directly. We must use that truth when we are faced with our level of engagement and knowledge of local, mid-term elections and act accordingly.

The beauty of our democracy is that it allows for participation in the process. The more we participate, the more reflective it is of its citizenry. It may be more challenging than we would like. It may require some effort, but think about all those who stood against police dogs and fire hoses for the right to vote. Remember those who were beaten and jailed to exercise their most basic civic right and duty. Is standing in line a little longer really that high a price to pay?

Change comes from within and ripples outward. Let’s all commit to be the change we want to see.