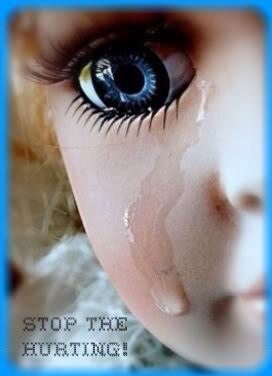 First things first. I’m a happy, well-adjusted, contributing member of society. I refrain from telling some personal stories because I certainly don’t want to burden anyone or gain any sympathy. In fact, being pitied is insulting to me. So, as you read, please keep in mind I am strong, successful and happy.

I’m inspired to write today having heard stories of young women that are slut-shaming other young women for being raped. “They shouldn’t have gotten so drunk”; “They shouldn’t dress like hos”; “She’s just asking for trouble going to that party”; and so on. First off, I do not want to put any blame on women who say these things. It’s the society in which they’ve been raised. Women are somehow responsible for controlling not only their own behavior, but also the behavior of the would-be rapists around them. We are taught how “not to get raped” rather than teaching men not to rape. And before you jump all over me, yes, I do realize women rape too, but it is far less common and this is about my personal experience—and I was not raped by a woman.

I will start at the beginning. I was raped the first time when I was 5 years old. It started out innocently enough with neighbor boys (aged 9 to 18) wanting me to undress and to look at me. I was very uncomfortable, but I was 5. I had no idea what was going on or that I should stop it or even how to stop it. Yes, I was penetrated at the age of 5. It was scary and confusing, but I didn’t understand any of it. It happened more than once. My life went on. As I grew older, I learned a little about child abuse, but it was a long time ago and people weren’t nearly as cautious as they are now. I knew I had done something wrong so I never told anyone about it. My guilt was overbearing and I was left in confusion over what had happened. But, it was my introduction to sex. Sex was a simple experiment with my body and that’s what was expected of me. Lesson learned.

At 14, I was at a drive-in movie with a girlfriend and her older brother. At this particular drive in, kids did everything but watch the movie. We wandered around and met other kids and it was mostly a social gathering. While I was wandering around, my girlfriend and her older brother left. I’m not sure why, except I guess they tried to find me and couldn’t, so rather than go to the office and have me paged or any other means to find me, they just left. I guess that was my own fault. Still, there were no cell phones and I was stranded at the drive in (feeling like a fool for you Grease fans), and I needed a ride home. I had been talking to a boy for quite a while. He was 18, very cute, and very nice and he offered to have his friend drive me home. I even said (jokingly, of course), “You aren’t going to rape me, are you?” He laughed and said “of course not.” Again, my stupid fault for taking a ride home with strangers, right?

My next stupid move? I had to go to the bathroom. I had to go really, really bad. He asked his friend to pull over and he volunteered to walk me someplace safe. Wow, I was really stupid, huh? Long story short; I got to a spot in a ditch in the field in the middle of nowhere and pulled down my pants. He grabbed me, pushed me down, and raped me. Just like that. I didn’t punch or claw. I didn’t scream. I pleaded with him to stop—several times. But he told me I “had it coming.” I “shouldn’t trust strangers for a ride home” and “if I’m not on the pill, I should “go home and douche with 7up.” He also said if I told anyone, he’d just tell everybody “what a slut I am”. He was right. I had it coming. How stupid could I be? I was not drunk. I was not on drugs. I was trusting. I was 14. We simply walked back to his friend’s car, got in and they drove me to my hometown and dropped me off. I walked six blocks home where my parents were sleeping. I never talked about what had happened. I was stupid. I deserved it. I was too embarrassed to tell anyone what had happened. It just further solidified my perception that I was not important. I was obviously too dumb to take care of myself and basically submitting to rape was much easier than fighting it. If it was going to happen anyway, I may as well just get it over with.

This is the time I officially became a victim. Being a victim is a state of mind. You know you have no power, so you just give up. You wait for the bad things to happen and you just keep moving on. That’s what I did. I went home. I douched with 7up. I prayed to Jesus that I wasn’t pregnant. Jesus answered my prayer. There were times when moving on became almost unbearable. There were times when I felt like maybe there was more to me. Maybe I was meant for something more; something great, but it didn’t matter how great I thought I was. I was still a stupid, used up piece of gum to be chewed up and spit out. That led to me taking way too many pills one night. But, I just threw up and went to sleep. Pretty stupid to think I could even kill myself right. My shame and guilt kept me from telling anyone about these things. I kept it to myself and felt extremely sad and lonely at times, but I survived.

About woman-being: Single mom who believes we are all equal.  Differences are to be accepted.  Different does not mean less-than.  It means different.