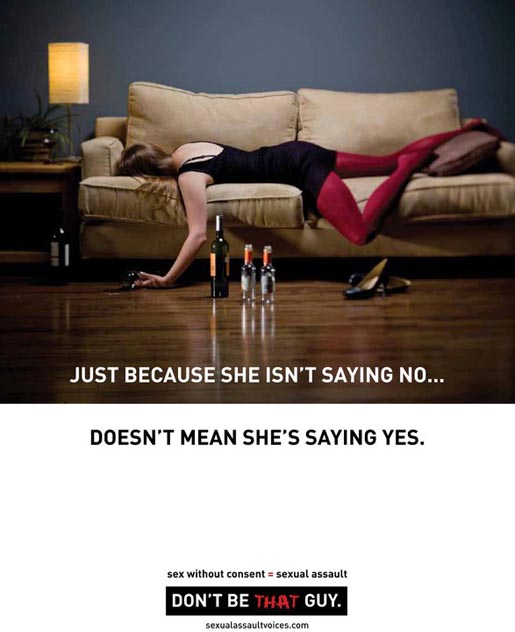 Thoughts on the Steubenville rape by the survivor of a date rape.  This is a personal story and may be a trigger for fellow survivors.

So, after days of staying away from the Steubenville rape story, I’ve decided to throw my thoughts in the mix because…well, everyone else is. And because I can relate.  Let’s plow ahead.

Over ten years ago, I was an undergrad at the University of South Carolina.  My freshman year we were voted in the top ten “party schools” in America by Playboy magazine, and videos of our riotous partying were broadcast by ESPN as our football team had a crazy Cinderella season after years of losing entire seasons.  Life was good, crazy, hectic, and for a wide-eyed innocent from small-town South Carolina, it was a lot to take in.  I was raised in a conservative, religious, traditional Southern family and had never been exposed to heavy drinking.  Which, of course, meant I walked around my freshman year nursing a bottle of Captain Morgan like a drunken sailor.

Fraternity and sorority life was the apex of the social scene at that time.  To be seen at the right Delta party could land you “friends” and party invites for the rest of your college career (which for some, was spanning 7, 8 years). Although the pledging thing wasn’t for me, I had enough friends in the scene that I was always tagging along to some fete or another, sipping warmish Bud Lights, taking shots of whatever liquor was there,  taking a hit of the joint going around.  No big deal…college life.

One day, a guy, a gorgeous Sigma Chi senior, invited me to go out to Five Points with him after class.  Tall, tan, gorgeous smile…of course I said yes. We met up with a group of his friends: tall, lithe, athletic, tan beauties, men and women alike, and began drinking at a local bar, the Cock Pit.  He was buying and bringing me my drinks.  I was being reserved, sipping instead of chugging, sticking to one kind of drink and not taking shots.  I wasn’t looking to get sloppy drunk. However, after only two small mixed drinks I was seriously feeling super drunk. I was thinking about what I ate that day and chalked it up to not eating enough, but was beginning to feel unwell and kind of wanted to go home. I didn’t want to embarrass myself in front of these people by getting sick or something.  Right then, he seemed to notice and looked really concerned and asked if I wanted to leave. I said that I didn’t feel very well, and he said, “Well, a bunch of us are heading back to our house and you can just lay down until you feel better,” and brought me a bottled water from the bar for me to sip.

I was fresh from a small town, naive, dumb, and had never heard any warning against any such obvious line.  I was getting increasingly nauseous and dizzy, so I was grateful to be with such a caring, sweet guy, and said yes, sure, that would be great.

I think you can all surmise what happened from there. I won’t go into detail, but by the time we got to his house and were walking inside, he was having to guide me as I was damn near having double vision and indescribably dizzy- more than the drunkest drunk I’ve ever been.  He proceeded to, with cold, calculating actions, take me to his room, take off my clothes, and go from there.  It was surreal, like an awful movie.  I threw up in a trash can right beside his bed, and his friends’ laughter was audible in the hallway.  After I crept out the back door, I can’t describe the shame I felt. A friend picked me up  a few blocks away after I called her, and she didn’t ask a question but took me to my dorm, brought me lots of water and crackers, I guess assuming I was just  very drunk. I didn’t tell her, didn’t tell anyone, thinking there was no way that was a “rape”..it was just poor decisions on my part. I didn’t know what a roofie was or what date rape was….I had never been educated.  And only recently am I discovering that many, many of my friends and associates experienced a similar situation in college or even late high school.  Like….a shocking percentage of women just count it as a ticker in their personal timeline to have been sexually violated.

I’m not going to sit here and preach abstinence and love and all that. We’re biologically created to mate, reproduce. If you want to wait for marriage and all that, fantastic! That’s a wonderful and admirable goal.  Others are going to go a different path and allow themselves a bit more sexual freedom, and I don’t think there’s anything inherently wrong with that, either.  But sex has to be taught, the idea instilled, that it takes place as a part of a healthy, respectful, mutual interaction, with neither sex being dominated or the dominator.

The boys, these football players, involved in this story, had obviously never been taught these lessons.  More disturbing than the guys who actually performed the rape were the dozen or so young men sitting around allowing this to happen.  THAT is disgusting. THAT is disturbing. THAT is unacceptable.  Even after countless studies showing the damage done by boys and young men watching pornography, it still is rampant and readily available to any child with an internet connection.  Pornography (and I won’t go into this in great detail, but I’ve done quite the research and written papers, etc.) has been proven to rewire boys’ brains, to condone violence against women, causing a dehumanizing of the entire female population and a subtle but pervasive theme that men are superior and women are lesser, there to be choked, spanked, tossed about, and then disposed of.  Watching a series of what would be considered “average” porn clips (not bondage, BDSM, anything like that) in a documentary, women are routinely choked (or the man’s hand placed on or around her neck), flipped around, tossed about, slapped on the butt, breasts are violently handled, talked to in a demeaning manner, subjected to humiliating and degrading situations, positions, and comments, and then walked away from after the act.  This sends a clear and pervasive message to boys and young men watching this that this is the role of women: to serve, to please, and then to disappear when a man’s needs have been met.

Many call pornography a harmless entertainment.  Perhaps that’s true for a man in his late 20’s or up who has  a normal sexual appetite, a healthy respect for women, and can clearly view such material as entertainment (although it kind of sickens me that such a man- one with said respect, etc.- could view a woman being dehumanized like that and be turned on by it…but that’s a different discussion), but boys and young men whose sociological ideas and structures are just being shaped can’t make that distinction and begin to take on those messages as fact and truth.

It boils down to responsibility in the home.  I hate to blame the parents, but on many levels, these parents grossly failed their children.  Allowing them to engage in a partying lifestyle more suited to young adults in their early 20’s than children in their mid-teens, not properly supervising their social interaction, not questioning their whereabouts…these are all parental failures.  When raising a teenager, you’re not supposed to be terribly popular. You’re not supposed to be a friend.  You’re closing in on the back nine of giving your kid the tools they need to become a successful adult….it’s probably the worst time to try and be their “friend”.  You can be their friend when they’re hitting their stride in their mid-twenties and are getting life figured out. When they’re fifteen?  Not friends. Parent and child. Authority. Rules. Structure.

I don’t know what else to say.  A young woman was raped, and now, thanks to the behavior of this town, etc., the whole country knows it.  Her life is forever changed, just as my life was forever changed and that of all the other young women I know who have been fondled, grabbed, touched, and raped at the hands of society’s pretty boys who thought we were there for their amusement. What’s done is done….her life can’t go back to before.  The boys are in juvie, where they’ll probably let this “disgrace” fester and fester until they develop a real and true hatred for women.  Sad to say, but this is typically the end result of criminals incarcerated for crimes against women…they become repeat offenders, domestic abusers, rapists, etc, because they feel they were targeted and victimized by the women they assaulted.

About Melissa: I’m here to try and reach out and find like-minded people with which to have meaningful discourse. Seriously. I’m an activist, writer, mom, gardener, and mad wicked cook. I’ve served on the BOD for a local LGBT nonprofit and I love what I do!