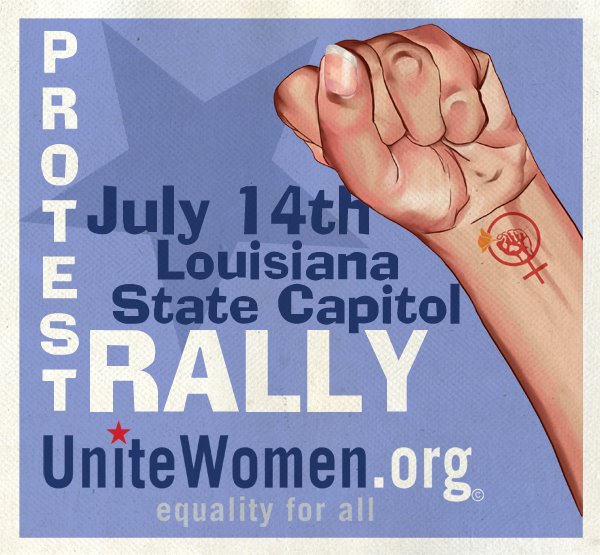 Governors from many states have stated they will refuse to implement any part of the Affordable Care Act.  Who actually benefits from these decisions?  Louisiana Governor Bobby Jindal was the first to politicize the Affordable Care Act.  By refusing the ACA passed by Congress, signed by our President and ruled constitutional by the U.S. Supreme Court, he is preventing 790,987 residents in his state from receiving healthcare…that represents 18% of the population of Louisiana…half of them are women.

Those who oppose the Affordable Care Act seem to live in a land of fiction.

Fiction:  States cannot afford to add more recipients to the roles of Medicaid.
Fact:  The federal government pays 100% of the additional cost to cover additional medicaid recipients for the first three years; 90% thereafter.

Fiction:  Obamacare is a massive tax increase.
Fact:  Obamacare is actually the largest ever middle class health care tax cut.  The only people paying a penalty are those who can afford to pay for healthcare but refuse to pay…less than 1% of the entire population.

Fiction:  It will cut $500 billion from Medicare
Fact:  The Affordable Care Act actually will save the average person with Medicare more than $4,000 in lower premiums.

Fiction:  The Affordable Care Act adds to our deficit
Fact:  CBO and JCT estimate that the ACA would produce a net reduction in federal deficits of $143 billion over the 2010-2019 period.

For more facts about the Affordable Care Act click here

So who benefits from these Governors’ decision to refuse implementation of the Affordable Care Act?  Certainly not the citizens living in their states!