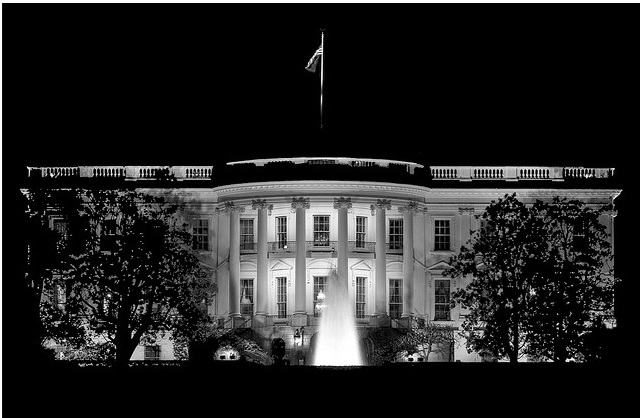 Democrats had an amazing election night, so much so one would think Republicans would be doing some serious soul searching. Instead what are we hearing?

• We lost our momentum due to Sandy
• Our country is made up of more “takers” than “makers” with those takers just wanting free stuff.
• We weren’t anti-abortion enough
• The liberal media is in the bag for Obama
• Democrats suppressed the vote

Nothing in their assessment questions why their policies do not appeal to the majority of Americans.

They were truly shocked at the results. Their polls had Romney winning, keeping the House and taking the Senate. While they did keep the House, they lost seats even after massive re-districting to assure Republican control. All of the rightwing news media and pundits had them convinced of this winning scenario and with the advent of Citizens United, the hundreds of millions spent by Rove’s Super Pac, the Koch Brothers and Sheldon Adelson, how could they lose?

You only need to look at their reality to understand why the Republicans were so surprised by the outcome.  Rachel Maddow and Bill Maher define the world in which they exist a “bubble”. You decide.

They consume all of their news from one TV network, rightwing radio personalities such as Rush Limbaugh, Sean Hannity and Glenn Beck and websites such as drudgereport.com and redstate.com.  Their wordsmith, Frank Luntz, gives these news entities and GOP legislators the same talking points to use. In Mr. Luntz’s own words from his website:

“We deliver you the specific language you need to win your issue. Word by word. Phrase by phrase. We make it possible for you to harness the power of language: to change a target audience’s emotions, opinions, and behaviors where it matters most.”

Have you ever wondered why you hear the same phrases used over and over by so many of these legislators and pundits? Mr. Luntz is famous for turning something potentially negative into something positive. Americans were not opposed to an “inheritance tax”. Luntz convinced Republicans to refer to it as a “death tax”. After all, who wouldn’t be opposed to a “tax on death”.  Rich people, the top 1%, have now been redefined as “job creators.”

We also hear Republicans refer to research conducted by The Heritage Foundation. From their website:

“The Heritage Foundation is a research and educational institution—a think tank—whose mission is to formulate and promote conservative public policies based on the principles of free enterprise, limited government, individual freedom, traditional American values, and a strong national defense.”

Wonder how legislation is written by Republicans? Meet the American Legislative Exchange Council (ALEC).  Through ALEC, corporations hand legislators the changes to a law they desire that directly benefits their bottom line. Along with legislators, corporations have membership in ALEC. Corporations sit on all nine ALEC task forces and vote with legislators to approve “model” bills. Participating legislators, overwhelmingly conservative Republicans, then introduce these proposals as their own. ALEC boasts that it has over 1,000 of these bills introduced by legislative members every year, with one in every five of them enacted into law.

The GOP’s pollster? Scott Rasmussen who is often hired as a speaker at many Koch funded events. Ever wonder why Rasmussen polls always skew to the right?

So tie all of this together. If you only listened to right wing news, followed a skewed right wing poll, used research from a right wing think tank, listened to words crafted by a rightwing wordsmith and presented only rightwing legislation written by corporations and lobbyists, of course you would be shocked at the election results.

The facts are that all of the polls following Sandy were unchanged so there was no loss of momentum; the majority of the extreme anti-abortion candidates lost; there is no evidence of the so called “liberal media bias”; and blaming the Democrats of voter suppression is pure projection as evidenced by all of the voter suppression laws introduced in Republican run states and the extraordinary efforts in Florida and Ohio to shorten voting days and purge voter rolls.

And let’s talk about these “takers” vs. “makers”. From the 47% comment by Mitt Romney to Obama being a “food stamp President” to we are now a dependent society wanting our government to give us stuff, they have tried to divide our country into Republicans taking responsibility for their lives vs. Democrats being a bunch of lazy moochers.

Let’s dispel some myths. 36% of food stamp recipients are white vs. 22% African-American and 10% Hispanic. 45% of Democrats make less than $30,000 per year as compared to 43% of Republicans. Republicans and Democrats have the same percentage of college graduates but Democrats have more post graduate degrees.

I am a “maker”… a 56 year old upper middle class white female with a college degree and small business owner. I am not alone and I am a liberal who voted for President Obama in both elections. Most Americans are truly insulted at the generalizations being made by the Republicans.

So it is no wonder the Democrats had a very good election night:

•President Obama won 332 electoral votes and the popular vote 50.5% to 48.0% with a strong coalition of women, African-American, Hispanic, Asian Americans, LGBT and young voters
•The Democrats picked up 2 additional Senate seats even though they were slated to lose seats…some predicting enough to lose the majority
•Of the 13 Republican Senate candidates who oppose abortion even in the case of rape, 10 were defeated
•The Democrats gained anywhere from 2-7 seats in the U.S. House (6 races not called yet)
•3 out of 3 states with same sex marriage proposals on their ballet passed
•1 state voted NOT to amend its state constitution to define marriage between a man and a woman
•2 states voted to legalize recreational use of marijuana
•We elected our first openly lesbian U.S. Senator
•We elected our first Asian-American woman to the U.S. Senate
•We elected our first Hindu Congresswoman to the U.S. House
•16 Tea Party House Members lost their seats
•New Hampshire elected our first all female congregation
•Democrats were not shocked because pollsters such as Nate Silver of FiveThirtyEight, Sam Wang of the Princeton Election Consortium and Drew Linzer of Votamatichad had been predicting these results

In the two days following the election we have already heard the leaders of the Republican party state that tax increases for the wealthy will not be on the table and President Obama needs to come to the table with cuts in entitlements. Their primary motivation for refusing revenue from tax increases is their fear of the wrath of Grover Norquist. Republicans need to divorce Grover Norquist, stop signing pledges and follow their oath of office working for their constituents.

Our votes largely negated the impact of Citizens United and through our votes, we spoke very clearly…we do not want cuts in Social Security, Medicare, Medicaid, education, Pell grants or anything else that will affect the middle class or poor. We DO want taxes raised on the top 2%, subsidies for oil companies ended, cuts in defense spending,  immigration reform, re-authorizaton of the Senate version of the Violence Against Women Act and a stop to all of the legislation trying to give non-humans full citizenship rights, employers the right to determine accessibility to contraceptives, defunding women’s health clinics, redefining rape and repealing the Affordable Care Act.

Republicans need to understand that when you total minorities, men and women who stand for equal rights, the 80% who do stand for choice, the LGBTQ community and the majority of religions outside of evangelicals, you are catering to an extreme minority. They are a loud well-funded minority but they will not vote you back into office.

We are no longer buying your Frank Luntz spinned, Koch Brother funded, Heritage Foundation studied, Rasmussen polled propaganda. Yes we made great gains on Tuesday…but we are not stopping there. You have been taken over by the tea party contingent in your party and we will not allow that minority to dictate any longer how you legislate, govern or negotiate.