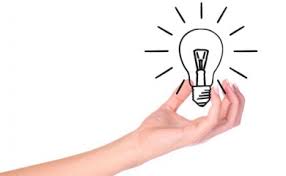 I’m having an ah ha moment while reading an article posted by a man explaining the phrase “rape culture” to other men.

Truth is, I’ve had this same ah-ha moment before. You see, I’m again remembering that in addition to ALL the rape attempts I remember in my life and that I speak about readily, there’s also a rape attempt I never really talk about. Because it was my boss.

Every time I think of that friendly, close-talker, absent-minded boss in that job I held many years ago, and my first time with my ultra-handsome HUSBAND pushing me farther than I wanted to go, I think to myself I can’t be the only one who has had THIS many attempted sexual assaults/rapes in her life.

Some day I’ll tell you more about them. But for now, the truth is I feel that countless men bristle at recent talk of rape culture because with this new, broader definition of sexual assault and rape that is emerging, they are recognizing THEIR OWN BEHAVIOR.

The widening net of what is sexual assault or rape, is the very net that ensnares THEM. So they can’t wrap their heads around it because for each of these men the new definition of rape/sexual assault means that each of these men is indeed, a rapist. They don’t FEEL like rapists and they sense they would know what it feels like. Welcome to the new world in which a woman has the courage to say that simply pushing her farther than she wants to go, is indeed rape; Even if you were drunk and scarcely remember. Even if you thought unconscious was a green light. Even if you feel it was fun.

And THAT, in essence, is the bitter chasm that many of our nation’s men are choking on right now: The chasm between what a man feels – and what a man is.

You see it in the national conversation including in the #NotAllMen vs the #YesAllWomen Twitter world and the backlash to the ongoing #NotJustHello Twitter conversation and during the inevitably-heavily-weighted-toward-men roundtable discussions we see nightly on Cable TV. Staying stuck where we are in seemingly endless conversations based on debating the existence of rape culture, or even simply complaining about it, should we convince the entire world of its existence, isn’t going to help any of us.

Since we have widened the net of what rape/sexual assault is through recognizing that it includes pushing a girl to go farther than she wants, we have to face a harsh inevitable truth: Almost all men have done that.

So not only is that a stunning truth for both men and women: Now that the definition has changed, we have to wrap our heads around the fact that a lot of women are married to men who have indeed either attempted or committed sexual assault/rape. But the positive is that from the point of awakening to and accepting this harsh reality, we can stop it.

Like the empowering moment when a fairy tale boy has the courage to say the emperor is wearing no clothing, women now have the courage to simply say to a man that when you are trying to push me farther than I want to go, you are trying to rape me. And if you accomplish that? You’re a rapist. Let’s have our collective ah-ha moment together, create a culture where consent is a two way street – and move on.

I’ll post below the article that led to my ah-ha moment…I have to go….
I’ll tell you more another time….