Rally4Equality – A Time to Come Together

Rally4Equality – A Time to Come Together 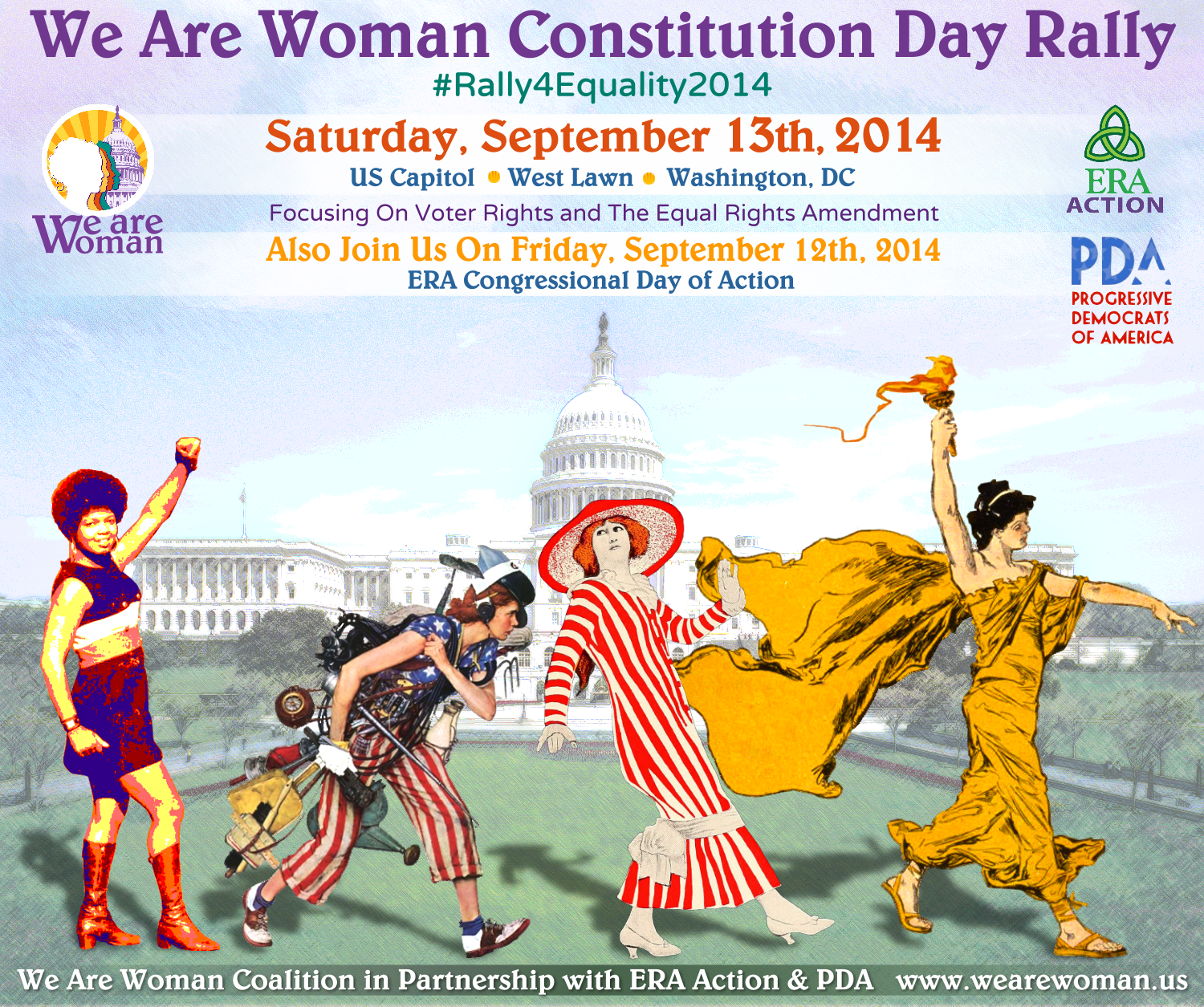 This Saturday, September 13th, many organizations and individuals will come together at the We Are Woman Rally4Equality to speak out against those who would deny women constitutional equality, disenfranchise voters and give those with more money an unfair advantage in our elections.

It is time to put aside past differences and stand together to achieve equality and fairness. There is far too much at stake to do anything but join together in this fight.

The Constitution does not guarantee equal rights for women. As Supreme Court Justice Antonin Scalia has stated: “Certainly the Constitution does not require discrimination on the basis of sex. The only issue is whether it prohibits it. It doesn’t.” Polls indicate that more than 90% of Americans support the ERA, yet Congress has never voted on it in over thirty years. Learn more about the effort to ratify the ERA.

The Supreme Court effectively struck down the heart of the Voting Rights Act stating that our country has moved beyond the racial discrimination evident at the time the VRA was passed in 1965. Justice Ruth Ginsburg warned that getting rid of the measure was like “throwing away your umbrella in a rainstorm because you are not getting wet.” The 1965 law required that lawmakers in states with a history of discriminating against minority voters get federal permission before changing voting rules. Since the ruling, many states have passed new voting laws disenfranchising millions of voters, mostly minorities and women.  Learn more about how the ruling has effected voting in many of the states.

The Supreme Court opened the floodgates to campaign financing with Citizens United, ruling that the First Amendment prohibits the government from restricting independent political expenditures by corporations. Thanks to Citizens United, outside spending skyrocketed in 2012 to more than $1 billion, including $400 million from dark money groups that don’t disclose their donors. This in effect, takes away the power of individual voters who make up our democracy.  Read more about the effort by the U.S. Senate to overturn Citizens United.

UniteWomen.org will be represented by members from across the country standing with the thousands of women and men coming together to stand up for our rights. Won’t you join us?

Two of the Rally’s speakers, Kimberley Johnson and Madison Kimrey speak about the rally with Leslie Salzillo as guest host of Authors On The Air’s The Authentic Woman with Shannon Fisher

The Rally4Equality is hosted by the We Are Woman Coalition in partnership with PDA and ERA Action.