Open Invitation to Rand Paul to Join the Disability Club

Open Invitation to Rand Paul to Join the Disability Club 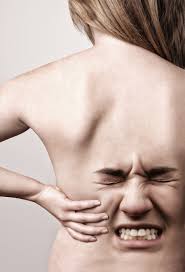 “You know, over half the people on disability are either anxious or their back hurts. Join the club!” – Senator Rand Paul

“Who doesn’t get up, a little anxious for work every day, and their back hurts?!” Rand said. “Everybody over 40 has back pain.”

My first thought upon hearing his words, was a familiar phrase about Rand and the horse he road in on; immediately followed by a volley of colorful swear words to describe just how arrogant, ignorant, and privileged his statement was.

When I initially heard his comments about the disabled, I ranted on Facebook and invited him to join my club, with general instructions on how to become a card carrying member.

2) Prior to the surgeries make sure you have permanent damage done to your lower spine.
3) Wonder each and every day how in dear God’s name you are going to make it through to the next day.
4) Make sure that each day you have a good, long talk with yourself to resist suicide.
5) Make sure nerve damage causes you to frequently fall – down at least one flight of steps – onto concrete.
6) Fall down in various locations, landing on every conceivable surface and ensure you hit your face and head.
7) Kindly note just how very long you delay applying for disability, not able to face that your disability is – forever. Life as you knew it, is OVER.

You think your back hurts now, Rand? Well, this is a personal invitation to come visit me. I live in Pennsylvania. I have an extra room. Come visit me, and I’ll show you all the details of what my back is like now, with photos, charts, diagrams, how I manage to get around, the medications, all that I live with every second of my life and have no hope of leaving behind. I have included some photos for your review. I am looking forward to spending more time with you. Let me know what day you’re free to visit.

The next time you’re tempted to joke about “joining the club,” you will be armed with very valuable information about what club membership entails.

Funny thing about our club, we normally just support one another, and tell each new member that we wish they did not have to join. But in your case, we’ll make an exception.

After posting that on my Facebook page I received a lot of comments. I thought I should share some of those comments, so I’ve included some excerpts:

From Melissa Keen:”I collect disability and it was an uphill battle to get it, and keep it. It took me an hour to ease out of bed this morning. I’ve never battled depression before until the last two years. To say it’s terrifying is grossly understating it. We’re fighting for our lives.”

Alyssa McClenning wrote: “It took me years to even admit I should be on disability, let alone start the process. Right now I’m just a broke person who can’t work a regular job without getting suicidal from the anxiety. I have six diagnosed mental disorders. …I’d do anything to be normal.”

Jessie Quinn wrote, “I wish my twisted metal and swollen back parts and my pull-the-skin-off pain in my legs onto those who wish to laugh at it.”

Melissa Fetterman wrote, ” It was a battle to admit to myself that I needed [disability] and couldn’t keep on the way that I was. I felt like a failure. I beat myself up about it more than anyone ones….Congenital Myasthenia or Myasthenic Syndrome here. Some of us may look normal on the outside, but that doesn’t mean we’re not suffering every day. I personally would like to see a real study done with real fraud numbers based on real cases. Until then it’s just a talking point used as exaggeration to ‘prove’ their point of view, rather than act. “

Drieux Koeppel, a nurse, stated, “What’s the most hilarious, but in a creepy way? Rand Paul is an M.D. and the mantra for a physician is: “Pain is what the patient says it is. Period.” Let’s put it after the list, and before the “You think your back hurts now?”

Drieux’s closest friend has to work. She’s only been given partial disability. Yet, because she has severe spinal stenosis, at the end of the day–she can barely walk. Nothing can be done. She’s on a routine dose of Fentanyl patches–50 mcg/hr. And she has a bottle of oxycodone for breakthrough pain. It’s not in her head. It’s not something she can get over. It is excruciating pain 24/7. I’m appalled that a physician such as yourself would malign and belittle an enormous population of American citizens–those who live with chronic back pain. Your insensitivity is alarming.

Senator Paul is a government employee, who SHOULD be representing the concerns and issues that impact his constituents. With that in mind, I find his comments reprehensible.  Shouldn’t our U.S. Congress members actually REPRESENT and protect those in our society?  I know that I will keep this in mind as I head to the polls this election year. I hope everyone else will join me.

Now that I think about it, I’ve been seeing a trend among our some of our legislative representatives, practically encouraging discrimination. Not just against the disabled, but against women, the LGBTQIA community, interracial marriages, latinos, African Americans, Muslims. Much of which is being enabled by utilizing the ‘Religious Freedom’ label, as seen recently in legislation in North Carolina and Mississippi.

I for one, find this an affront to all that I believe the U.S. represents. With that in mind, I encourage any like-minded individuals to join with me, in sharing their thoughts with Senator Paul.

For those on Twitter, I have a few suggestions, as it’s my preferred method:

• Help @RandPaul understand the stigma the #disabled face & that they need respect, not 1 more #PainInTheNeck! http://ow.ly/10nEa4

• .@PaulRand could use a little help knowing that it’s not OK 2 shame those who face applying 4 ‪#‎Disability http://ow.ly/10nEa4

• Let @RandPaul know, he of all people, as a dr should NOT B making light of #disability! http://ow.ly/10nEa4 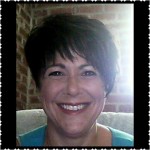 About Sandy: I am the National Director of Social Media for UniteWomen.org. I’m just an average, middle-aged woman, who is tired of fighting the same battles that were fought by our mothers and grandmothers. I don’t wish to see our children and grandchildren repeating our fight for equality.