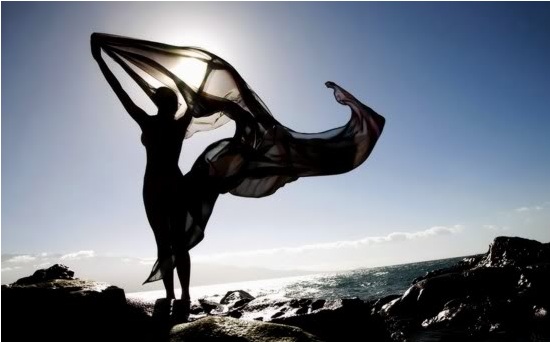 Women have not been treated as full citizens of these United States from the inception of this country, and our Declaration of Independence and Constitution through the amendment process, did not remedy these deficiencies, our lives have been restricted unduly because of false information and invalid ideas which depicted women as inferior human beings in mind and body incapable of self determination.

While strides have been made since the Declaration of Rights and Sentiments signed in 1848 at the Seneca Falls Convention we are left wanting for rights that were automatically bestowed, without restriction, upon free white men.

Women are being submitted to current restrictions and intrusions into their lives and new ones are on the horizon to be inflicted on our persons bringing us back in time where the mindset prevailed that women are not mentally qualified to determine their fates.

The following words are taken directly from the 1848 document and still hold true today.  I will let them stand as the opening remark for a new set of usurpations.

“The history of mankind is a history of repeated injuries and usurpations on the part of man toward woman, having in direct object the establishment of an absolute tyranny over her. To prove this, let facts be submitted to a candid world.”

That only after 100 years of protest by our fore-sisters who suffered humiliation, beatings, forced feeding and death were we granted suffrage.

That as a woman we should restrict our dress, behavior or attitude to “prevent” the vile crime of rape instead of putting the blame where it belongs.  Our dress neither entices nor rejects a rapist.   Instead teach males that there is no acceptable intercourse unless the woman is fully capable in all respects to make a clear and concise decision free of alcohol, drugs, coercion or force.  The legal remedy should not be less than fitting the crime if it were committed upon another man.

That certain individuals in power have tried and are still trying to redefine and classify rape into categories like “forcible” and “legitimate”, for the purpose of removing the remedy of abortion should the woman become pregnant from the crime.  This debate is demeaning and harmful to women who survived a crime so personal that it can change their life forever.

That as a woman we are still in extreme jeopardy of violence and death at the hands of a spouse or partner and the abuse is viewed by a society and legal system that either blames the woman for the violence inflicted on her or deems the offense somehow less in scope as she is still perceived as property of the abuser.

That the Violence Against Women Act is held up by some in our government who want to omit certain classifications of women from protection.  There is no other classification necessary, a woman is a woman regardless of race, sexual preference or legal status and therefore worthy of protection from violence.  There can be no logical argument against this act and if held up for political ploy or power is shameful.

That woman’s equal work is less valuable monetarily because of our gender.  That some patriarchal ideology that men should be paid more as some outdated mentality regarding only males as “head of household” and thereby worth more and a threat of repeal by those who do not value a woman’s rights of equality.

That by apportioning the majority of money from employment to “man” gives him the ability to send a rejected family or spouse into poverty or take custody of offspring unfairly because of his ability through financial status to hire superior representation in the courts which gives him preferred access to the legal system.

That because a woman loves another woman, as some in society thinks she should only love a man, the civil liberty of marriage is denied them along with all other rights regarded as normal for even partners of the same sex. This denial of equality is not due to any valid reasoning but is imposed due to other individual personal and or religious beliefs that have no bearing on the life of the individual in question.

That contraception, which is the single most determining factor beyond personal performance, in allowing a female to thrive in the workplace, and determine her reproductive timing and her future is not covered by insurance companies as a general practice and legislation (The Blunt Amendment) was introduced which would allow any “employer” the right to refuse contraceptive coverage in the company insurance plan for his female employees because of the “employers” moral or religious beliefs. Further, pertinent evidence that some forms of contraception are also used, and are required, as medication for various ailments has not been discussed in making this determination.  Further, there is the beginning of discussions by some who want to outlaw contraception altogether which would yet again make women slaves to their reproductive systems.

That we were finally granted autonomy over our bodies and control over our reproduction, within medical parameters, the availability of abortion services by the highest court in the land under our right of privacy.  Now that right is under siege in every state across this country for reasons not pertaining to any personal issue of the individual but by those wishing to restrict our freedoms because of THEIR personal and/or religious beliefs.  Legislation has been introduced in some states that would force unnecessary medical procedures and time requirements as a hindrance on a woman seeking a legal abortion.  There is even debate of wanting to end the option for the widely accepted exceptions of rape, incest and life of the mother.

That some further want to amend the Constitution to grant personhood to a fertilized egg granting it full citizenship with all rights and no restrictions giving a non sentient group of cells, that are only a potential not a surety, unrestricted rights that women still do not have and thereby leaving the door open to the fertilized egg taking legal precedent over the female who carries it.  This would make women brood mares and hold women captive to their reproductive systems.  Women could be prosecuted for miscarriages if the circumstances were questioned.  The legislation would in fact legalize FORCED REPRODUCTION.

That we live in a country, that since introduced into congress for the first time in 1972, the Equal Rights Amendment which passed both houses has failed to receive the requisite number of ratifications by the states thereby maintaining the legal inequality of women and giving further evidence that women’s rights are not to be set by the state in which she resides.

That some legislators want to give control over a woman’s rights and equality to the State where they are more easily restricted by a preponderance of party affiliation or religion, both of which may not be of the woman’s personal beliefs or political leanings and therefore should have no bearing on her rights.

Because life, liberty and the pursuit of happiness have different definitions by different individuals, restrictions should only be based on laws common to all and the tenet that one man’s/woman’s freedoms stop at the freedom of another born individual.

I now stand, not asking but demanding; renouncement of future infringement and repeal of past laws, limitations and restrictions based on gender and reproduction, and claim my rights as an equal citizen of these United States of America.