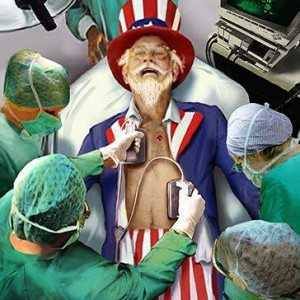 Yesterday was one of the most emotionally charged days for me that I have had in a long time. I sat here behind my laptop screen crying and enraged about the SCOTUS ruling inviting corporations and the 1% to take over more of our government and elected officials. Make no mistake about it – this has been coming and in the plans for decades. These corporations don’t care one damn about the PEOPLE of this country and SCOTUS, well over half them, they don’t give a damn either. Our entire system has been sold to the highest bidder and the PEOPLE of this country have been left to gather scraps from the floor. I have said this for a long time – the distractions of the legislative attacks on women, minorities, and the middle class has been nothing compared to the real goal of these people – to take over the government. I think we all realize that very soon corporations are also going to be granted religious freedom to discriminate against women as well.

Here is what most people don’t get – this isn’t about birth control, abortion, marriage equality, etc. This is about distracting Americans while establishing legal personhood protections for corporations. Corporations are no longer a company, a business, a non-person. They have been, and are gaining full Personhood Status in the country. I do know this though – this fall’s mid-term elections will be the final hammer hitting the nail into our coffins. IF we do not get people out to vote and educate people on the difference between a corporate government and a government of the PEOPLE for the PEOPLE it is all over – Check Mate. Short of a full on revolution with people in the streets, our government and our country will no longer serve the PEOPLE of this country the way our Founders intended.

Civilizations come and go throughout history, as well as governments. The Constitution of the United States is widely recognized as the world’s oldest working Constitution; since it took effect in 1789. It seems as if that time is slowly coming to an end as well. Our Constitution has always been a living, breathing, evolving document but at this time it is on Life Support and the prognosis is not good.

Well…someone did step up to take care of things and those “someones” were the corporations and the 1%. So what are you going to do now? What are WE going to do now? We will rant and rage online, share meme’s about the assholes in office and the corporate stooges on the Supreme Court. We will circulate petitions and eventually we will bury our heads in the sand and throw our hands up in defeat. That is what we do. 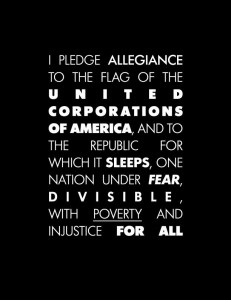 That is what THEY expect us to do and I for one am not known for doing what is expected and I am NOT going down without a fight. I love my country and I love what my country is suppose to represent. I will NOT go down without a fight and I will NOT stand idly by while those who care nothing about her try to take her over and take her dignity away. If you care at all for this country then this is what I am asking you to do.

1. Register to Vote. Also check to see if you have not been purged from your voter rolls. With the recent changes in voting laws across the country there are many who have been dropped. FIND OUT NOW before you show up to vote and are turned away.

2. Help others to register to vote. Sign up to be trained to do voter registration or join an organization that is working to registering people to vote like UniteWomen.org ACTION, League of Women Voters or others.

3. Educate yourself on the candidates and the issues and FOLLOW THE MONEY! Do not limit yourself to a candidate based on his/her stance on ONE issue – you have to know where they stand on multiple issues and FIND OUT WHO IS FINANCING their campaigns. If they are part of the Koch Brothers, Americans For Prosperity, ALEC (American Legislative Exchange Council) or other corporations or corporate controlled organizations, then they are NOT the candidate to vote for. That type of candidate stands for corporations – not PEOPLE.

4. Educate others on the issues and candidates. Stop saying you won’t discuss politics at the table, parties, or the office. THESE ARE OUR LIVES and if YOU don’t start discussing these things and backing away because the discussion is hard, then you are not helping. It doesn’t have to be confrontational – learn the facts, speak the truth and do it without being confrontational. Yes it is an art to do but after doing it several times you will find your groove and be effective in talking to others. Have house parties to strategize with neighbors in your community on how to get your candidate elected and to reach the voters with the TRUTH.

5. Volunteer to work on candidate’s campaigns who represent the PEOPLE. Not the ones who say they do while voting in favor of corporations.

6. Vote Early – in states where you can vote early – DO IT! That way you have no lines to wait in and you can volunteer to help on voting day by driving voters to the polls.

7. VOTE and help others get to the polls. If you can’t vote early then make sure that you GET OUT TO VOTE on election day. No Excuses, No Justifications – JUST DO IT – VOTE! Take 3-4 people with you when you go to vote who may not have a ride. Work that day? Call in sick or be late to work. I know many will say “oh I can’t do that, I’ll lose my job.” Let me ask you this – what is going to happen to that job if you don’t vote? Do you think corporations are suddenly going to stop shipping our jobs overseas? Do you think corporations are going to suddenly say they are going to create more jobs here or give you a raise? Call in sick, go in late, do WHATEVER it takes BUT GO VOTE!

This is it people. This is our last chance to hold our country together. This mid-term election is the last chance we have to stop this pendulum from swinging to the extremism of the Corporations and the American Taliban that support them. We have to give this election everything we have. I know that some may  think this is paranoia and over-reacting but I ask you this – if I’m wrong what does it matter? IF I am wrong and you do these things what will it hurt? On the other hand IF I am right then it means EVERYTHING.

Are you willing to take the risk? I’m not.

So WAKE UP, take your head out of the sand and actually DO SOMETHING to STOP this CORPORATE TAKE-OVER OF OUR COUNTRY.

IF we wish to regain our natural-born rights as American Citizens then we must FIGHT for THEM! Join us in this fight! No matter the outcome, we go down FIGHTING TOGETHER!

hen in the Course of human events it becomes necessary for one people to dissolve the political bands which have connected them with another and to assume among the powers of the earth, the separate and equal station to which the Laws of Nature entitle them, a decent respect to the opinions of mankind requires that they should declare the causes which impel them to the separation.

We hold these truths to be self-evident, that all men are created equal, that they are endowed with certain unalienable Rights, that among these are Life, Liberty and the pursuit of Happiness. — That to secure these rights, Governments are instituted among Citizens, deriving their just powers from the consent of the governed, — That whenever any Form of Government becomes destructive of these ends, it is the Right of the People to alter or to abolish it, and to institute new Government, laying its foundation on such principles and organizing its powers in such form, as to them shall seem most likely to effect their Safety and Happiness. Prudence, indeed, will dictate that Governments long established should not be changed for light and transient causes; and accordingly all experience hath shewn that mankind are more disposed to suffer, while evils are sufferable than to right themselves by abolishing the forms to which they are accustomed. But when a long train of abuses and usurpations, pursuing invariably the same Object evinces a design to reduce them under absolute Despotism, it is their right, it is their duty, to throw off such Government, and to provide new Guards for their future security… In every stage of these Oppressions We have Petitioned for Redress in the most humble terms: Our repeated Petitions have been answered only by repeated injury. A Prince (aka Corporation), whose character is thus marked by every act which may define a Tyrant, is unfit to be the ruler of a free people… We have warned them from time to time of attempts by their legislature to extend an unwarrantable jurisdiction over us. We have reminded them of the circumstances of our emigration and settlement here. We, therefore, the PEOPLE of the United States of America… appealing to the Supreme Judge of the world for the rectitude of our intentions, do, in the Name, and by Authority of the good People of these United States, solemnly publish and declare, That these United States are, and of Right ought to be Free and Independent States, that they are Absolved from all Allegiance to the Corporations, and that all political connection between them and the States of America, is and ought to be totally dissolved; …  And for the support of this Declaration, with a firm reliance on the protection of Citizenship and Freedom from Corporations, we mutually pledge to each other our Lives, our Fortunes, and our sacred Honor to live free lives without the interference and corruption of Corporations controlling ourselves and our government.

Renee Davis is the Executive Vice President of Political Action and sits on the Board of Directors for UniteWomen.org Action. She has been with the organization from it’s inception and has served as a Co-State Director of Louisiana, a Regional Director, Outreach National Director, Executive Vice President of  Programs and created our UniteWomen.org Campus Division. Renee is a dedicated and fierce activist for women’s rights and equality for all.