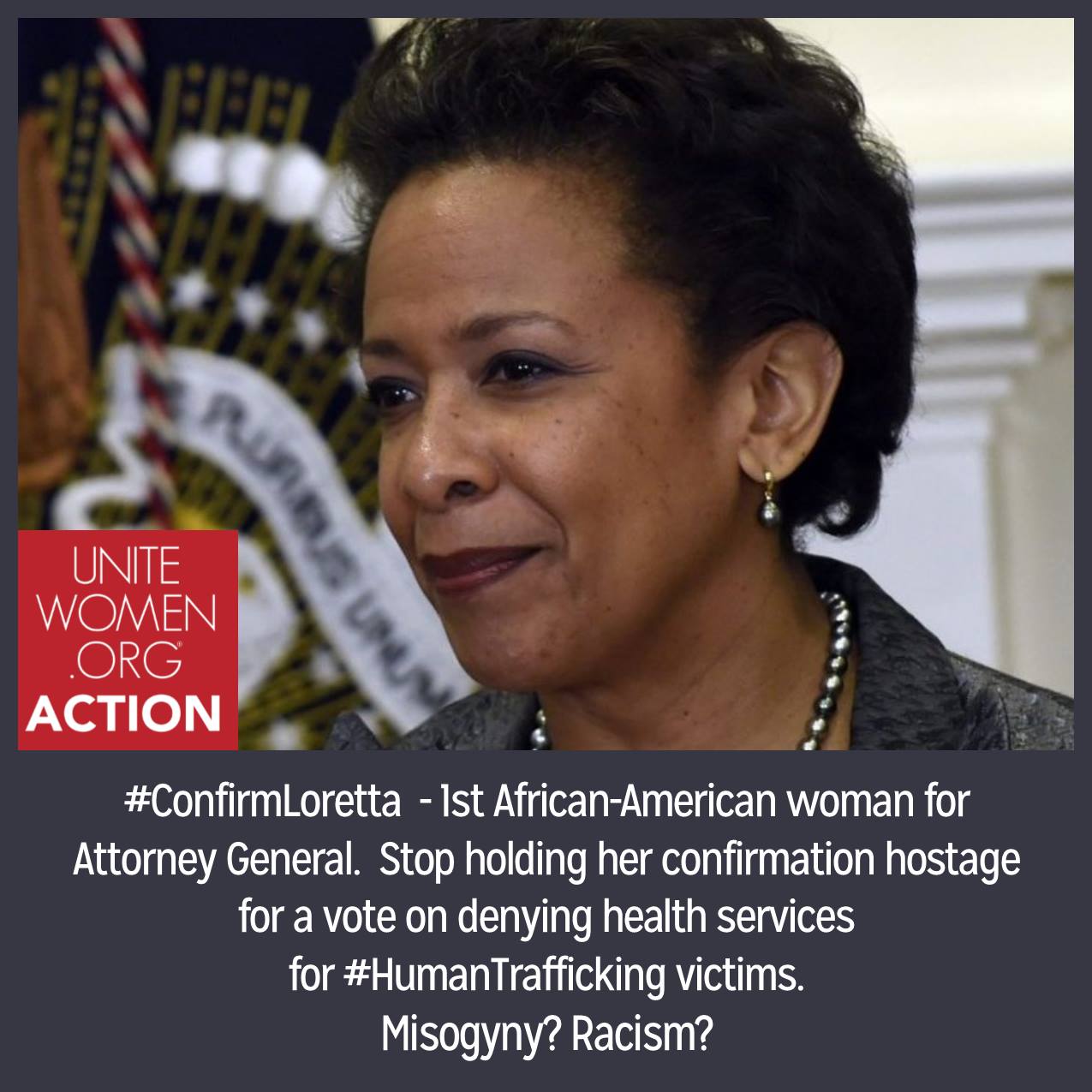 What is truly behind the U.S. Senate holding up a vote for confirming Loretta Lynch? A vote to confirm her has already been delayed longer than any nominee in recent history.

• Mitch McConnell states they cannot bring a vote to the floor until Democrats pass a Human Trafficking bill that had bi-partisan support until Democrats realized anti-abortion language was added. What does a Human Trafficking bill have to do with voting on the confirmation of Loretta Lynch? Mitch McConnell campaigned on putting the GOP in charge to end the gridlock in Congress. There is no Senate rule stating they cannot bring a vote to the floor for her confirmation until certain legislation is passed. In fact, they have confirmed several lower level nominees since he made that statement! Not only has he not ended the gridlock…he is creating it!

• The Senate has already confirmed her twice unanimously for the U.S. Attorney for the Eastern District of New York. Her office has prosecuted both Democrats and Republicans for political corruption. It has gone after Wall Street banks, obtaining multibillion-dollar settlements on behalf of taxpayers. And since September 11th, no other district in the country has tried more terrorism cases. She’s been lauded for her work fighting against police brutality, sex trafficking, gang violence, and hate crimes.

With such an exemplary record and no substantive opposition to her as a nominee, there is no precedent for such obstruction. Lynch is more than qualified to lead the Department of Justice.

Therefore, one can only conclude that misogyny and racism is playing a role. Is this the legacy Republicans want?

About Karen Teegarden Karen is the CEO of UniteWomen.org, founded in February, 2012. She is a graduate of the University of California at Berkeley and worked in the marketing and advertising sales industry in Michigan. Her daughter was raised to believe in her core that she was created equal. Karen began this journey to assure that all women live in a country that protects their equality.