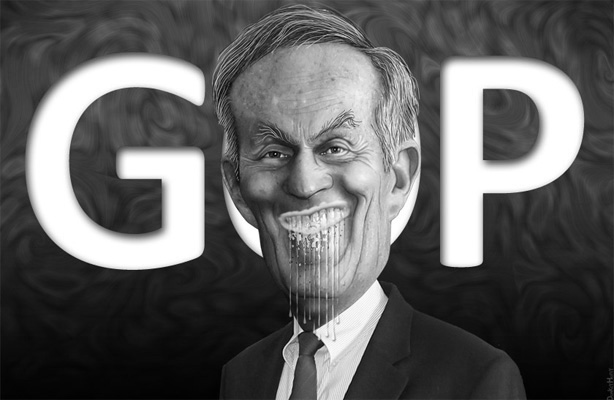 By Blue Belle in Red Hell

May I please ask what in the hell is going on in this country? It seems to me that batshit crazy has spread like a virus and infected not only some politicians but a large portion of the general population as well.

I am used to crazy. We southerners keep our crazy relatives in the home. That way when visitors stay too long we just parade crazy Aunt Lula out and let her have a go at them. This is normal crazy. We may be too polite to ask a guest in our home to leave but that doesn’t mean we don’t know how to MAKE them leave. We are dumb like a full bellied fox with chicken feathers stuck to our mouths.

This Sunday past I was going about my business when I ran across a news piece regarding a certain Todd Akin. I refuse to address him as Mr. or Sir or his elected position title.  He does not deserve it.  Apparently Mr. Akin had said something that was causing quite an uproar. I proceeded to read the article and watch the video and by the time I finished I was seething. Here is a quote from the article: “First of all, from what I understand from doctors [pregnancy from rape] is really rare,” “If it’s a legitimate rape, the female body has ways to try to shut that whole thing down.” You could have stood before me with a bread pudding soufflé complete with whiskey sauce and it would not have stopped the stream of profanity that was bellowing forth from my mouth.

I felt compelled to find Todd Akins Face book page, as it seemed many other people had, and respond to both his medical revelation and his qualification of rape. I tried to be good. I really did. Let’s just say that being good is something I still must aspire to.

When the proverbial feces hit the fan of course Mr. Akin tried the tired old excuse that he misspoke. The translation of that is that he accidentally said what he truly believes. Mr. Akin’s personal or religious based stance on what a woman should and should not be allowed to do regarding her reproduction is offensive enough but he decided to take it that one step further into abhorrent. He found it necessary to use the qualifying term “legitimate” when referencing his objection to a victim of rape having the option of abortion. As a woman I am outraged by this attempt to classify or quantify rape. Using the term “legitimate” suggests that there are rapes that are not legitimate. What would those be? Can someone tell me how rapes are supposed to be classified?

Paul Ryan, who wants to be the next V.P., and this Todd Akin dolt co-sponsored a bill and instead of using the term rape they added the word “forcible” in front of it. This was their attempt to further erode a woman’s right to choose for those who did not come under the undefined classification of forcible. Where is the line? Is a knife to the throat forcible enough or must the rapist actually slit the woman’s throat? Is holding a woman down without breaking any bones forcible enough? What about just showing someone a gun and threatening their life or just the mere threat of death if the victim screams out for help? The redefinition to forcible rape would presumably leave out women who were drugged or under the influence of alcohol and unable to say no. It would also leave out the mentally challenged female who does not have the capacity to understand that what is happening to her.

For this sanctimonious holier than thou nut bag Todd Akin and all of the rest of the tea bagging flag waving cross clinging yahoos out there who believe as he does and think that their religious or personal beliefs should trump my rights to control my reproduction, and yes that includes the choice to have an abortion, I am saying it is time to stop. I am all for you having your religion but remember it is YOUR religion.  It has nothing to do with me. The religious repression of woman is as old as time.  In America you are allowed to worship as you wish and by the same right I am supposed to be free from your religious tenets.  Religions that want to force their views on others and make them into laws are prevalent in the world.  The Taliban comes to mind.  Just saying!

To think that in 2012 we are discussing whether women should have access to or use contraception is beyond absurd. Every day another self-righteous asshat writes legislation to further erode our equality and autonomy. This is happening at an alarming rate around this country and they are getting away with it.

We women blinked. It never crossed our minds that this could happen. Now we hear crazy every damn day and the crazies have ended up in positions of power, power over our rights. This is not just about the upcoming election but make no mistake that this election could be the final nail in the coffin in which they bury out equality. The Supreme Court Justices are getting up in age and it is time for some of them to retire. If we get another right wing anti-women‘s rights control freak in there your “right to choose” will be revoked and they will further their agenda of rewriting the constitution to give full rights to the unborn. Protect the fetus and sacrifice the woman is their battle cry.

I am tired of being polite and politically correct. I have had enough. Women who know what is happening need to do whatever it takes to get the word out to those who do not know. Tell them not to just listen to the candidates, tell them to check their voting records. Beyond getting informed tell them to check their voting eligibility, we must get women out to vote, we must have women show up to the polls en masse.

When some unscrupulous windbag spews idiocy and outright lies we must call them on it. We must let them hear from us in numbers they cannot ignore. We must put them on notice that we are finished with their meddling in our lives and our vaginas. If we do not stop this now we will go further down the rabbit hole into Crazyland where we are again relegated to 2nd class citizens serving tea to the Mad Hatters who control our lives. Don’t think that can happen? Did you ever think it could have gotten this far?

About Blue Belle in Red Hell I am a southern progressive woman living in Red State biblebelt hell.

I refuse to question my sanity because the majority of those around me have closed their minds to reality and are manipulated into continually voting against their own best interests out of some false sense of religious adherence or some irrational idea of what is American born out of fear or hate.