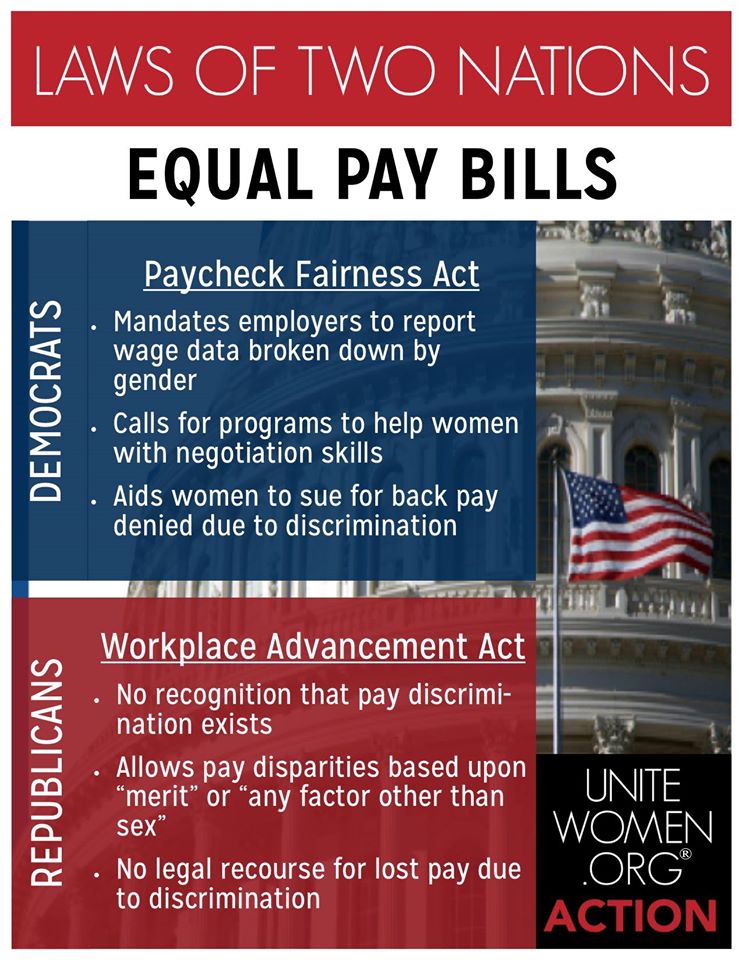 Republican Senators have introduced a watered down, toothless bill designed to address the problem of pay equity. S. 875, a six page bill, is deceptively entitled the “Workplace Advancement Act.” This bill is but yet another Republican sponsored amendment to the Fair Labor Standards Act of 1938; an act which stood for 60 years and offered workplace protections for all Americans until it was gutted by George W. Bush. It is now a shell of its former self. But that is another issue for another day.

The so-called Workplace Advancement Act was introduced by Sen. Deb Fischer (R-NE), the bill’s sponsor. She was joined by Senators Kelly Ayotte (N.H.), Susan Collins (ME), and Shelly Moore (W. VA). S. 875 was introduced as a Republican replacement to the far superior Democratic, Paycheck Fairness Act (S. 84). Senate Republicans have blocked the Democrat’s Paycheck Fairness Act on three separate occasions, and by blocking that meaningful reform bill, Senate Republicans offer to the world tacit proof that they have no real interest in truly addressing the problem of paycheck discrimination in any meaningful way.

The GOP’s poor imitation of equal pay reform offers to their base and to voters not paying attention, the appearance of reform; a mere “shiny object” to distract vital independent voters during the upcoming election. Sen. Deb Fischer’s statement concerning the bill demonstrates that point when she says, “Any legislator – Republican or Democrat – who is seriously interested in making progress on this issue for women and moving past electioneering and scoring political points should step up and support the proposal. For the first time in over half a century, we have the opportunity to update the Equal Pay Act with a bill that actually provides needed changes and can realistically pass.”

First, it is obvious by her misleading statement that she is actually setting up this bill to be a “sacrificial lamb,” simply designed to fail, to go down in flames in the Senate so that it can be used as a weapon against Democrats. Senate Republicans will endlessly chant in front of cameras that the Democrats are not interested in real pay equity legislation. FOX News will play the video in a continuous loop, 24 hours a day. This is about Republicans, and the 2016 election – this is not about women! Second, since the Republicans in the Senate have blocked the Paycheck Fairness Act three times, so her assertion that, “for the first time in over half a century, we have the opportunity to update the Equal Pay Act with a bill that actually provides needed changes and can realistically pass,” is blatantly false – or a lie, as I like to call it.

(1) The Republican bill doesn’t even recognize that gender-based pay discrimination exists at every income level and in all job categories in the U.S. workplace – at all. The Republican bill offers watered-down language which implies that “just possibly” pay discrimination “may” still survive in the U.S. workplace, as language in the bill states “SURVEYS SUGGEST there is a concern among American women that gender-based pay discrimination still exists.” Instead of addressing the problem in a straightforward manner, and using language through which a real problem can be identified and dealt with, so meaningful reform can actually happen, Republican language in the bill seems to rely upon what may be termed “anecdotal incidents.” “Surveys suggest…!” It reminds me of statements like, “I once knew a person, who knew a person, who said that so-and-so said… etc.” This is just pathetic when you consider that the language, “surveys suggest” in this bill, was actually written and inserted into a bill written in the upper house of the Congress of the United States!

(2) The bill allows pay disparities based upon “merit” or “any factor other than sex.” The Republicans have inserted language which allows for exceptions to inequity in pay in the workplace. From the bill:

…except where such payment is made pursuant to:

(A) a seniority system;
(B) a merit system;
(C) a system which measures earnings by quantity or quality of production; or
(D) a differential based on any other factor other than sex.

Exceptions such as these are not accidental. These exceptions will weaken the bill at many levels. Exceptions such as these are inserted into bills as loopholes to ward off lawsuits. In fact, one of the most common reasons that Republicans identify when voting against the Democratic sponsored, Paycheck Fairness Act, is that they want to prevent a dearth of lawsuits from which the Trial Lawyers Association will profit. Since the Trial Lawyers Association is a large donor to the Democratic Party, enriching them would just not be in Republican’s best interest. Pay equity takes a back seat here too!

(3) Unlike the Democratic bill, the Republican bill offers no legal recourse for any person to sue their boss upon finding out they were paid less than male counterparts. Women suffering past pay discrimination simply will not be made whole. Compensation for what can amount to many thousands of dollars in lost pay will be wiped away. This tremendous gift to wealthy employers is simply another perk for their continued support of the Republican Party. Along with new vacation homes and new boats, I’m sure that some of the savings that these bad corporate actors will enjoy will find its way to the coffers of the Republican National Committee, or perhaps straight to the campaign coffer of Sen. Fischer herself.

(1) It mandates employers to provide the Federal government with wage data broken down by gender.
(2) It calls for programs to help women with negotiation skills.
(3) It provides assistance to help women sue to get back pay they were denied exclusively because they were discriminated against by their employers.

The Republican and Democratic versions do have common language that makes it illegal for employers to retaliate against employees for talking about their salaries. While this is “nice” of them to allow free speech in the workplace, it hardly addresses the core issue. For Republicans it’s okay if a worker finds evidence of paycheck discrimination on the floor of the workplace, it’s just that sticky little problem of providing a solid legal framework in which to rectify the inequity that is the real problem.

S. 875 is a bill which intentionally misrepresents itself as a bill by women, for women. That fact alone makes this bill even more of an insult to women, because it is an attempt to pacify and fool hard-working women, many of whom unfortunately, do not pay close enough attention to party politics in Washington DC, and may not know that they’re being taken advantage of by people who care less for their financial welfare than for their votes. 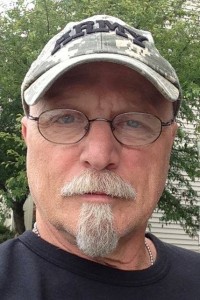 About Mark Helmboldt: Mark is the National Legislative Director for UniteWomen.org and has a vast background fighting for union rights, affirmative action and civil rights. He has served as a lobbyist in Michigan and DC promoting labor and progressive issues. He has a very clear knowledge of the structure and the operation of the U.S. Executive, judicial and legislative branches and the legislative process.