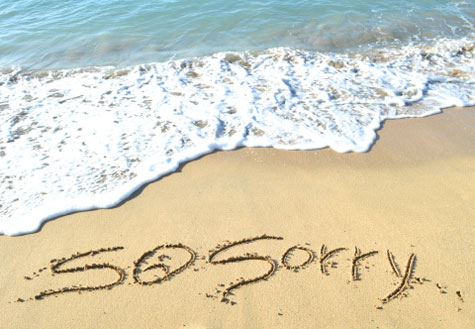 I am a woman, a survivor of rape, and a registered Republican. You have issued an apology for the uneducated “off the cuff” remark you made where you stated “from what I understand from doctors, pregnancy [ as a result of rape] is really rare. If it is a legitimate rape, the female body has a ways to try shut that whole thing down.” Todd, I do not accept your apology!

The problem that goes to the core of this issue is that no matter what your apology says, you and your friends have left most of your more moderate members behind and traded us in for a very extreme view.

Number one, women have the right to determine what happens to their body and to not be raped, assaulted, or molested whether that is by a rapist or an elected official who thinks they have the right to dictate what she should do. You and your friends do not want government intrusion into your lives ONLY when it suits your beliefs – period!

You and your like-minded friends, who do not agree with the Affordable Care Act yell from the roof tops that personal religious freedoms are being infringed upon because it requires women to have access to birth control. What I find so interesting is those same people have no problem creating legislation that does just that to the women of this country. For example, have you forgotten Todd that little piece of legislation that you and GOP vice presidential candidate Paul Ryan co-sponsored a bill called “No Taxpayer Funding for Abortion Act,” a bill which, among other things, introduced the country to this bizarre term “forcible rape,” as if there is some other form of rape?

In addition, here are the rest of the U.S. House of Representatives who seem to think the two of you are correct and co-sponsored the bill as well:

The constitution says the Freedom OF religion which means that the American people are free to choose whatever religion they want to practice, no religion at all and our government cannot not dictate what religion or religious beliefs we should have.

• It DOES NOT mean that elected officials get to instill their religion into our government and impose the government into the most intimate parts of a woman.

• It DOES NOT mean that our federal or state government gets to FORCE women to undergo unnecessary medical procedures, by inserting probes into our vaginas against our will or by forcing us to have regular ultrasounds and then actually writing in the legislation THAT WE HAVE YOUR PERMISSION TO TURN OUR EYES AWAY WHEN YOU VIOLATE US!!

• It DOES NOT mean that elected officials get to limit women’s access to birth control and legal medical procedures the U.S. Supreme Court has upheld.

• It DOES NOT mean that you get to distort and flat out lie in biology, science, sex education, and history classes that are being taught to our children.

If you and your pals are so concerned with jobs and the economy then how come there have been over 1100 pieces of anti-women legislation brought up across the country in 2011 and over 900 pieces so far this year and NOT ONE SINGLE TIME has a JOB bill been voted on in the U.S. House! How many times has a vote against women and our right to autonomy been voted on? Oh and by the way didn’t the U.S. House also vote 33 TIMES to repeal the Affordable Care Act?

You and your friends have now attacked every single group of people in this country except the religious right. Do you seriously think that the Republicans are going to be able to win in this country when you marginalize and alienate voters who don’t think like you?

Oh, wait, I apologize I forgot you’re also taking care of that as well through various “Voter ID” laws that have the sole purpose of eliminating voters who are American citizens the right to vote.

Oh one more thing Todd we have had enough and we aren’t taking it anymore. The women of this country have had ENOUGH! This country has more of us “others” and we are going to make sure that every single person regardless of their gender, race, religion, etc. gets out to vote and sends you and your pals back to where you belong – the Stone Age!