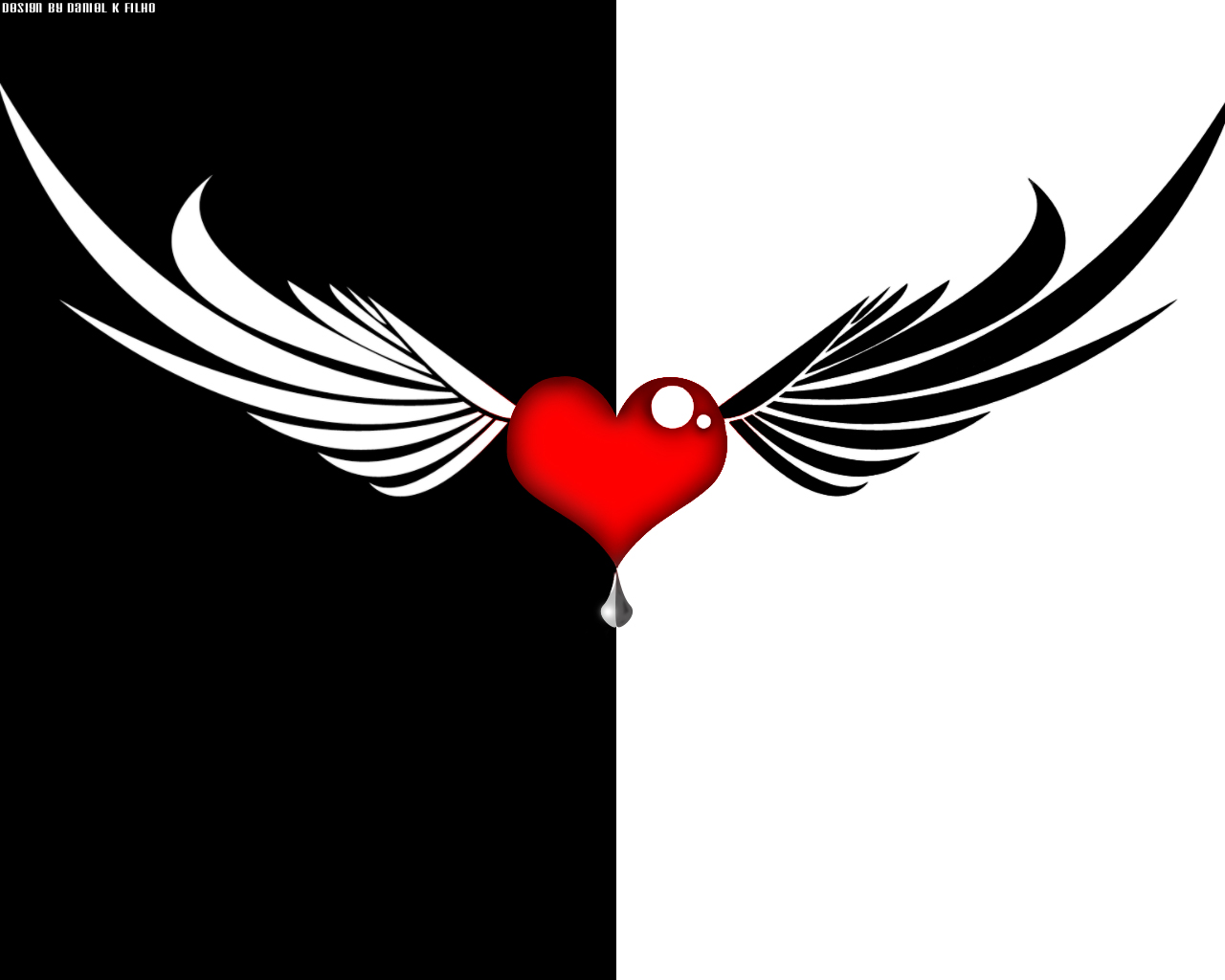 It has been a decade now. A decade without abuse being a regular part of my life. It might not seem like a lot of time. But I guess if you spent your whole childhood with it, then it seems like a lot of time. A lot of time to let it grow into you, flow out of you, time to heal, to embrace yourself and to become your own person.

I confess already that I am not over it – I still have open scars, raw emotions, unresolved feelings. I am not yet able to talk about this openly, and I choose anonymity even when I put this piece together. I confess that I may never resolve everything and I may never be comfortable enough to identify myself in public as a survivor. But I believe I have become me.

What I remember is not knowing what was happening, I did not understand the whole interest in taking my clothes off or touching me. I remember feeling dazed, almost being absent inside my mind – as I got older and educated myself, I learnt that this was a normal way for our minds to deal with “trauma”. But I do remember being uncomfortable, feeling like it was wrong and disgusting. Feeling like I should be ashamed. I don’t remember why or how, but I never told anyone. He was part of my family; he was living in our house; his father was my father’s brother. There just seemed to be an unspoken rule that even an 8 year old was aware of.

And so I spent the next ten years, silently forgetting the happenings. Sometimes fighting, sometimes just lying there, sometimes thinking about how to maybe injure him. It was only in my teens that I started to understand what his interests in these “activities” were all about, I got to understand what sex was, I found out what abuse was and what child sexual abuse was. I read anything and everything I could find about it. I read fiction and non-fiction; I read about dealing with it and not dealing with it; I read about the survivors and how they turned out to be. I realize now that that was when I grew into it – I accepted that I was a victim and I promised myself that I would become a survivor.

I look at 10 year old children now, and I wonder what could possibly have had made a teenager want to try anything with her. I wonder how someone gets turned on or climaxes while lying on top of a child – a child who is just lying there with her eyes closed, non-responsive, lost in her own mind.

I confess that I still don’t understand.

Have you felt the kind of anger that burns you up? Remember the cartoons from your childhood – where someone gets so angry that they burst out into flames – their skin turns red, their eyes start to glow, then their hair catches on fire. Well, I felt that a few times, and I felt like I could maybe tear someone apart with my bare hands. But I didn’t. Instead, I would walk away, wash up, feel disgusted, tremble with anger and then wait for it all to subside so I can get on with my day. Run along, there’s classes to get to!

As I grew older, the need to fight back spurred every now and then. I remember once trying to get away and being grabbed and thrown down, face down, I remember trying to move away from under him and not being able to. I remember that once it was over, I felt so angry that I wanted to scream. I guess I could have since the house was empty anyhow. But I never screamed.

I spent most of my life, telling myself that I did the right thing – I needed to “protect” my parents and keep this from them. And with time, I just took it to be the way things ought to be. Only in my recent years did I realize that that isn’t true. Of course, it was not their fault that this happened, but it was still their role to “protect” me from this. And for the first time in my life, after almost a decade since it happened, I allowed myself to imagine having that conversation with my parents. I imagined telling them what I felt and I allowed myself to say it out aloud – why did they never ask me, teach me, make me aware of abuse; why did they not figure it out in the ten years that it was happening under their roof – how did they not know?! By the time I finished saying it all, I was no longer angry. It was about allowing myself to feel that pain, that helpless – I did not need them to share it with me. Just needed to accept it before I could forgive and let it go.

I have not forgiven him. He asked for it once. When I was moving away, leaving Dhaka. He came and explained how when he was very little he had been abused and maybe that’s why he did what he did. He asked me to yell at him and tell him off. And I really didn’t have anything to say. It had been ten years of abuse by then – almost every day to start with; I think I remember a few months gap sometime in my early teens; and then whenever he found the chance in my later teens. I didn’t feel anything – no anger, no sorrow, no empathy, nothing. Although now, I see him, and I act “normal” with him, and I feel repulsed all the time. Incidentally, the first summer I was back home, he tried it again. So, sometimes, somethings are better not forgiven.

I try to make this anger work for me. When someone or something attacks me, attacks my being, hurts my spirit, I feel that anger – the burning, the explosion. I confess, that my anger scares me; I worry that I will lose control. But I have tried and to some extent, I have learnt to use it to fuel the fighter in me. I think with some more time, I will learn to use that fire to light a different path – one that shows that lonely child how to be a loving adult.

I have learnt to be me. I have become me. I am happy and proud and sort of amazed with who I am today. And I do not think I could have become this person if it wasn’t for my childhood. I know I am tougher and a fighter because I am a survivor. I know I am softer and more empathetic because I am a victim. But I also see and accept that I am scarred and terrified because I lived through it. It is different sides of the same coin, and I confess that I do not think I will ever heal completely. I can only try to know myself better and discover ways to open that up to others.

I confess, I had more than one motive in writing this. I think that I have reached a point where I can look back and absorb what happened to me, before I can let go of it and move forward in certain ways. I believe that this might be one of the ways I do that. Although, I prefer leaving much of the memories hidden, stuffed and forgotten somewhere in the back of my mind – talking about it is still a way that I am dealing with it, today.

I confess, I do not easily trust in people and am even less inclined about depending on them. I find it difficult to ask for help, or expect someone to take care of me. I know it isn’t healthy, I know it keeps me from getting close, or falling in love. But I find it difficult to believe that someone else can take better care of me than I can for myself. But I have learnt to identify this and try to stop myself from pushing people away.

I confess, that I did not stay away from falling into the “usual abused child symptoms”. I did not grow up into the rebellious, promiscuous teen and into the adult who finds herself drawn to abusive relationships. But, I am an angry person – I know I control it most of the times, and I know I lose it many a times – I also know that when I feel threatened or hurt, I react like a wounded animal. Most of the time, I can’t control it; almost all the time, afterwards, I feel I have failed myself. I try to use it by channelling into more constructive mechanisms. Maybe, it helps. And possibly, it gets better with time and some help.

I confess, I have not had the power to confront him. I have not been able to expose this to our families. I confess, that sometimes I fantasize about the day when I can cut him off from my life, from our lives. I confess, I don’t know if I will be able to do that ever.

I confess, I worry if I can be the kind of parent I have wanted to be. If I would be able to leave my children with anyone, and trust them to not hurt them, to not scar them. That I would be able to let them grow up to be independent and strong and loving, when I would be too scared to turn my eyes away from them.

I confess, I have wondered who I would have become if my whole childhood was not one huge big secret.

About Phoenix Wings: I am a Bangladeshi woman who hopes to see a world where gender is not a relevant term.