Changing The Rape Culture – One Voice At A Time

Changing The Rape Culture – One Voice At A Time 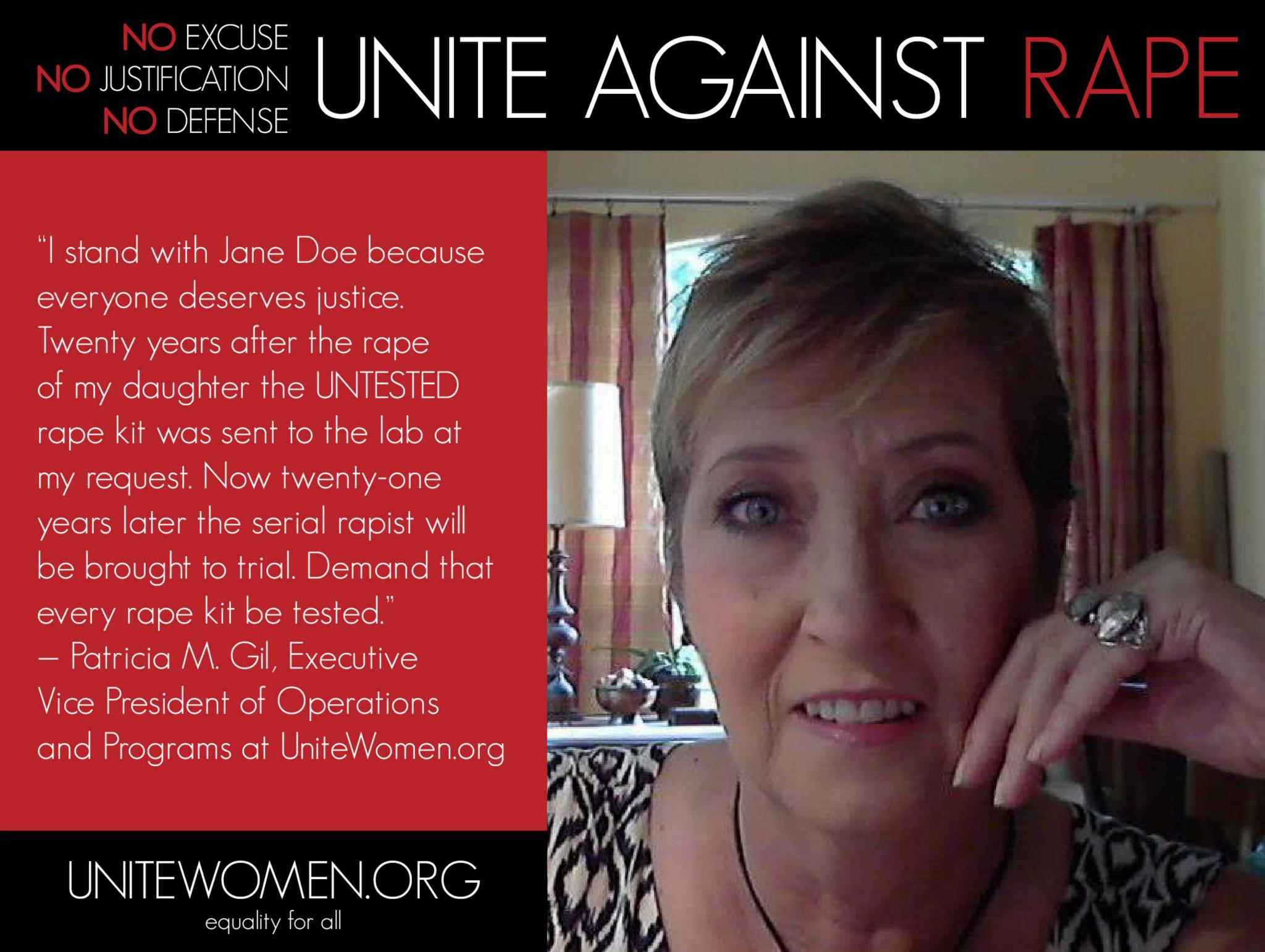 Alexandria Goddard, the Steubenville blogger, drew the world’s attention to the rape of Jane Doe. People were outraged that a human being could be treated with such disdain and disrespect and that there were individuals who knew and were complicit with their silence.  What most do not know is that this is not a onetime horror story, that this particular scenario is not an anomaly.

Renee Davis, former Executive Vice President of Programs, knew we needed to address the constant barrage of news that must be triggering the emotions and feelings of survivors.   We had to give them a chance to use their voice.  A chance to say “I am a survivor, and I stand with Jane Doe”.

It was easy coming up with the three categories for submissions because they were all so obvious.  For the survivors – No Shame, No Blame, No Guilt, because no one who is raped should ever feel ashamed, should ever be blamed, or should ever have guilt for being violated.  The one regarding the crime is clear, No Excuse, No Justification, No Defense, because there is none.   And the message to those who do nothing is simple – No secrets, No Silence, No Standing By – to know a crime is being or has been committed and do nothing is abhorrent, and to joke and laugh about it, or take pictures or videos, or blame the victim is reprehensible.

When we, as an organization, feel the need to react to or answer a situation or story in the news we have the ability to do things very quickly.  Within 24 hours we put out a call for submissions and had our first meme was placed on our page.    The submissions flooded our email.  And the survivors spoke, some for the first time, ever in their lives.  The women and men who sent in submissions are beautiful and strong and brave and many.  There are so many.  And it is merely a drop in the ocean.  When you have the time please go to our website and take the time to look at the faces of the women and men and read their quotes.  It is heartbreaking and uplifting at the same time.  We are honored and humbled by their participation in this campaign.

Giving the survivors a chance to speak is not enough.   We must work to change the culture and circumstances in our society that has allowed rape to reach such epidemic proportions.  If not addressed it will not change.

We have to bring respect back into the equation.  We have to change the perception that rape is somehow a second class crime against a second class citizen.  We must teach girls that they DESERVE respect.  We have to work to change the mindset that women and girls are somehow fair game.  We have to stop the false justification of “they were just having some fun and it got out of hand” or “boys will be boys”.   No, a rapist is a rapist and to lessen the truth of that assumes the person they assaulted is LESS THAN.

We have to change the circumstances that make women afraid to report rape.   Fear is a powerful tool to keep victims silent.  Fear of the rapist who tells them not to report it, fear of being blamed or shamed whether by friends or even friends of the rapist, fear of what family and friends will say, fear of law enforcement not believing them and fear of a judicial system that too often is worried about young rapists futures and not justice for the victim.  We must work to erase these fears.

We must work to change the law enforcement procedure that as a normal part of the process automatically questions the integrity of the victim and the validity of the report.  We must work with the judicial system that often is more concerned about the futures of the rapists if young than its concern for justice for the victim.  All of these things contribute to the abysmal rate of rapists who never pay or pay too little.

We must make clear the definition of rape.  That at any time the word NO is spoken, anything beyond that point that is coercion, force, and rape.  That if a woman does not have the cognitive ability to say no, whether due to drugs or alcohol, that the presumption is not yes, it is always NO.  That only YES MEANS YES.

And we must demand that ALL rape kits be tested.  In what other crime is evidence disregarded and sits untested.  How many rapists remain free or are not found to be the perpetrator because the expense of testing is greater than the value of justice for the victim.

Anger may have been the catalyst but it is determination to make a change and passion for the cause that will propel us forward.

This is only the beginning of an ongoing multi approach campaign.  If we do not address them now the epidemic will continue to worsen and we cannot continue to allow future generations to be victimized.

I would like to thank all of those who participated in this campaign, the survivors, those that stand with them, those who have contributed to help make the change.

About Patricia M Gil: Patricia M Gil is Executive Vice President of Operations and Programs for UniteWomen.org. Patricia lived the daily existence of single working mother taking what was thrown at her as life. One day life became a monster in a ski mask with a taste for her daughter. A warrior was born that day. Armed with unleashed anger and a vocabulary that did not contain fear a war was waged and still rages today.