Can a middle aged white guy be a feminist?

Can a middle aged white guy be a feminist? 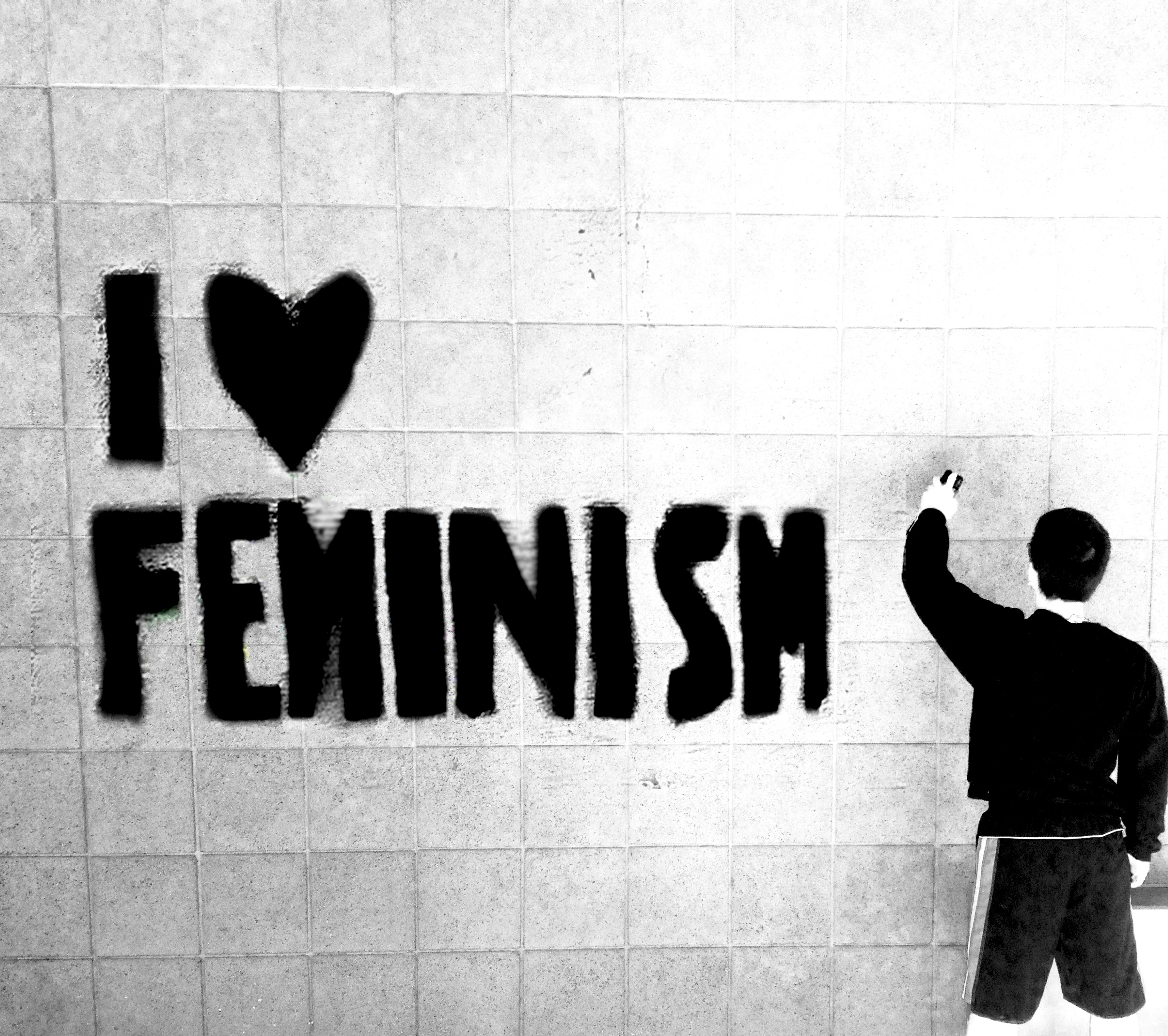 I never realized, until recently, that a man could be a feminist.  It still sounds odd to me. When I hear the term I think of Gloria Steinem, or even of the mythical Rosie the Riveter from World War II. I never think of guys who believe in equality as ‘feminists.’  And maybe that’s part of the problem.

Feminism shouldn’t just be about strong women asserting themselves and vocally fighting for their place. It really should be about anyone and everyone who believes in equality standing up for those who traditionally have been and continue to be oppressed. This is true of gender as much as it’s true of races or religions (or the right not to practice a religion at all).

I grew up relatively oblivious. As a young white male in a relatively diverse California suburb attending public schools, I really never noticed overt signs of racism. And while I’m sure I was exposed to sexism, I didn’t recognize it. After all, I was a white male. What would I know?

There was a time when I proudly wore this logo on a t-shirt, back in the mid-1980s. No more.

In recent months I feel like I’ve had an awakening of some kind. Thanks to the rhetoric of the GOP primary season, I was spurred to start exploring what exactly was going on around me. I had trouble believing what I was hearing and seeing during the debates, and some of the restrictive legislation that was being proposed (and passed!) in states around the country.  This surely wasn’t the Republican Party I was a part of decades ago, when I was a member of the College Republicans chapter on my college campus.  The more I listened, the more I read, the less I could comprehend.

I recall flashing back at one point to a time in college when I stood listening to two Chinese students who had escaped their homeland after the Tiananmen Square massacre. It was one of the most moving experiences of my life, realizing both what these students and their peers had been through simply for espousing freedom, and how lucky (and sheltered) I was as a white male American. I got that same feeling recently, as I heard about women being censured for speaking out in the Michigan legislature, and Arizona passing a law allowing doctors to lie to women patients in the interest of putting the fetus ahead of the mother.

The most enduring image from the Tiananmen Square uprising of 1989. Tragically, hundreds were brutally massacred for speaking out against a tyrannical government.

I began following the discourse more closely, and interacting with some fascinating writers who weren’t afraid to have their voices heard.  I listened, and discovered that indeed I have been sheltered, and oblivious.

When conservative white males (and the lemmings among the female species who follow them) put their own religion ahead of basic human rights, I am appalled. When sexual misconduct is laughed at or downplayed, my stomach turns. When doctors are able to keep potentially life-threatening news from a pregnant woman in the name of religion, I am in disbelief.

I don’t think I’m in the minority. I don’t believe that the majority of white males in America believe women are second-class citizens, playthings kept around to keep men happy but not to have minds or wills of their own. I can’t imagine that’s the state of our society in the 21st Century, despite what I continue to read and hear.

Yesterday I read of a sexual assault in Washington DC that occurred not long ago. A bicyclist cruised up to a woman and stuck his hand up her skirt, violating her very being before riding away laughing. It would be easy to pass this off as an isolated incident of some pervert getting his kicks, except that this particular woman victim (Liz Gorman) wrote a blog about it, and hundreds responded with their own stories of similar experiences and worse.

Until the 19th Amendment, women were denied the right to vote

It’s always been hard for me to fathom that just months after I was born, Dr. Martin Luther King, Jr. was assassinated, or that not long before that, not every citizen in this country could vote. It’s hard for me to believe that when both of my grandmothers were children, their own mothers weren’t legally able to vote. And I wonder what is becoming of our hard-fought freedoms today when our society seems deeply divided like no time I can remember, and a powerful segment seeks to limit or deny basic rights of others.

I fear for our future when I see adolescent and college-age guys being spoon-fed rapacious porn and jocular yet overtly sexist advertising that just feed into their levels of testosterone at that age. Couple this with how we continue to muffle women’s voices about sexual needs and desires, and we are raising another generation of coarse, close-minded men who rally around Daniel Tosh and don’t think twice about their sense of privilege or entitlement.  Basically: bad lovers, bad fathers, absentee husbands. I grew up knowing the experience of having an adulterous, alcoholic father, and far too often I was an absentee husband in my own failed marriage, far more focused on career than relationship. That cycle needs to stop.

The stereotypical male is a sexist pig. He sees women as merchandise to be gazed at, and groped at. He sees himself as the master of his domain, and sex as HIS enjoyment, or even as his conquest. He may know of boundaries, but often feels they don’t apply to him. He laughs at sexist jokes, he gawks at pretty ladies like a slobbering schoolboy, and he is enabled and empowered by an advertising industry that gears its print and television ads at him – because, after all, the stereotypical male is the head of household, the breadwinner, and the decision maker.

I know this firsthand. I ran numerous websites and published a sexy cheerleaders calendar years ago that pandered to this demographic, and did it well. I gave no consideration to the fact that I was feeding the sexism machine, subjugating and objectifying women in the interest of making a buck. After all, the models I worked with were professionals who were thrilled to be on the sites or in the calendars, and my target demographic was those stereotypical white males who buy the merchandise.

It’s time for feminism to be mainstream. It’s time for open-minded, forward-thinking men to realize that equality means embracing feminism. Feminism isn’t a bad word. It’s simply a cry for fairness in an unfair world dominated for far too long by a small segment of white males who have convinced too many of us that speaking out is wrong, that having a voice is a privilege rather than a right, and that somehow they know what’s best for all of us.

I shouldn’t be ashamed to be a white male. I shouldn’t feel like I need to explain myself and my views to women who automatically see me as a threat, or even as the enemy, simply because I am a white male. But I am, and I often do.

It’s far past time that men start listening, instead of always expecting to dominate the conversation. Only then will we be able to start ridding ourselves of the shameful stereotypes that we’ve been saddled with thanks to the brutish ways of many of our species.

I’m a white male, and now I know I’m also feminist. And thank goodness for that. THAT I don’t need to apologize for.

Originally published at Above The Field. Thanks to Darrah Le Montre for inspiring me to write and share this.