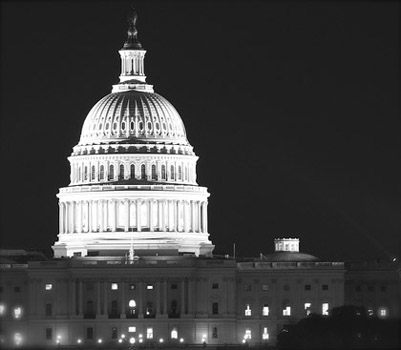 The election is over, the results are in and the people have spoken. President Obama won the electoral vote by a distinct margin as well as the popular vote- although, admittedly by a lesser margin. The people also made their voices heard in several key Senate races, rejecting the misogynistic, xenophobic attitudes of the Todd Akins and Joe Walsh’s of the world. Despite an unprecedented amount of money and effort spent to sway some voters while suppressing others, African-Americans, Latinos, women and young people came out in record numbers. Despite any complaining or rationalizations to the contrary, this election was a mandate that reflected not only a changing electorate but also changing attitudes. To underline the changing attitudes argument, one only needs to look at wins on progressive/liberal ballot initiatives in some states.

So, despite laws passed over the past two years to limit, suppress or otherwise restrict the ability to utilize the most effective and crucial part of our citizenship, people showed up.  Those who would have been most affected by that disenfranchisement came out to stand in incredibly long lines to exercise their ultimate civic duty and right. This is what democracy looks like.

While the President won re-election and the Senate retained its majority (adding more female members than ever before) the House of Representatives stayed essentially the same. Ironically, in the face of these results, the Senate Minority Leader, Mitch McConnell stated that the election was “not a mandate” but rather a time extension for the President to fulfill what he had previously promised to do. In a slightly more conciliatory tone, Speaker of the House, John Boehner stated that it was up to the President to “lead”. Pardon me, Mr. Speaker, but isn’t it your job to lead too? For the last two years, this President has faced an obstructionist Congress, who- in the words of Sen. Mitch McConnell- saw it as their main objective to make President Obama a one term President. Under the leadership of you, Speaker Boehner and Eric Cantor, the House of Representatives did everything in their power to fulfill this desire. Despite your best (or should I say worst) efforts, this did not come to pass. Therefore, it is time for Senator McConnell to realize that he is the Senate Minority Leader and that his desires and wishes are not the sole focus of the United States Senate- nor should they be. It is also time for you, Speaker Boehner to actually take a real leadership position and recognize that the process of governing is one of discussion, compromise and the ultimate objective of finding the best path to fulfill the needs and desires of all your constituents. That’s right, the needs and desires of your constituents- not a radical fringe element of your party, nor well- heeled special interest groups, but the collective good of the American people.

In order to address these needs, needs that have been ignored for the sake of political expediency, and to pursue a goal that was in complete contradiction with their sworn oath, this Congress needs to accept the will of the people and start now to do the work they were elected to do. If they want to show the American people they are serious men and women deserving of the offices they hold, they will use this lame duck session in Congress ( for some, their last) to get some real work done. To begin with:

This is by no means a complete list, but it is a start- a long overdue start. So, for those of you on your way out, think about the giving these last days in Congress your full measure of civic devotion. . That does not mean devotion to your party, or a big campaign contributor, but to the people who filled in that slot next to your name on a ballot with the assurance you would do your best to make their life better. For those who are returning, you have a larger issue to consider. Not only must you consider your obligation to your constituents-not just the ones who voted for you, but all of them- you must also consider your own future.

This election was both an affirmation and a rejection. An affirmation in the course the President has set this country on and a rejection of tired old attitudes of division, exclusion and fear. Speaker Boehner, it is time to take a true leadership role in the House and not just pay lip service to the notion of  “working together”.

Finally, let’s all accept the writing on the wall. The post election spin from the right has laid blame or given credit to almost everyone and everything but the  GOP endorsed platform. Before election night was officially over, blame started to shift to the messenger (their nominated candidate). Yes, Mitt Romney does share responsibility for his ever-shifting, unclear status on key positions, or his vague tax plan, but that was hardly news to anyone paying attention. It was the overall message of entitlements only being deserved by the rich, that welfare was only good for corporation, or that government should be almost non-existent unless a woman wanted to control her own body or defining what marriage was and who could avail themselves to it.

Brenda Seward is a 50’s something mother, grandmother, book seller & reviewer,
political junkie, life-long Democrat and feminist. I’ve been involved with
UniteWomen.org since the days it began and now have the pleasure of being the
State Director for Virginia.

This and other thoughts can also be found on my blog: