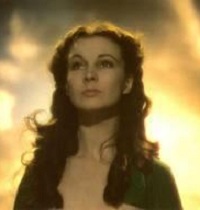 By Blue Belle in Red Hell

Gentility, decorum and just plain old good manners are the mark of a proper southern woman.  We pride ourselves on our hospitality and adherence to the social graces.

That is, until some scurrilous individual takes advantage of our inherent good nature.  Then all Hell breaks loose and I am here to tell you all Hell is breaking loose all over this country.

It seems they have taken our politeness as a sign of a lack of intelligence or power.  That shows they know absolutely nothing about how a woman thinks or wields her power.

Those sanctimonious misogynistic Neanderthal politicians have been messing in women’s business for too long now.  They do not respect women as equals and decided they will run our  pocketbooks, health, reproduction and our lives.  I for one will not stand silent while they disrespect me just because I am a woman.

In polite society unless someone “invites” you into their business you do not mention it or mess in it much less try to change it.  To make sure I did not accidentally invite them in some margarita induced madness or during some euphoria after a particularly satisfying evening I have checked my text messages and emails and other than that silly little note to one of my elected officials regarding his asinine stance on women’s issues, which in no way could be misconstrued as an invitation to do anything but kiss my ass, I found nothing.

Laws have been introduced and passed all over this country that make me look like some kind of ninny who does not have the mental capacity to decide if I should take contraception, how I should deal with a pregnancy or how much money I should get paid for equal work.  Now who would do such a thing?  I don’t really think the everyday crooked politician really cares two twits about my vagina.  Some don’t care about their own damn wife’s vagina.  So what is the fascination with our lives?  The politicians need votes and will do ANYTHING to stay in power.  They are taking away women rights to garner votes from the Religious Right who wants to rule all women with their religious tenets.  They are banking on women being too busy with their everyday lives to say or do anything about what is being taken away from them.

The current hot topic is our vaginas.  Now ladies don’t shy away from that word we hear it from our doctors all the time and if it scares them that much it must have power.   Some very important lady politician in Michigan dared to stand up to all those old cronies who want to mess with our vaginas, and not in a good way because no damn way I would ever let one of them near my dog much less my vagina.  Those meddlesome cretins think that vagina is some kind of dirty word and they had the gall to ban her from speaking.  They SILENCED her.  As she tried to speak the head idiot in charge gaveled her down.

Ladies, there is a theme going on here.  They pull some underhanded business to restrict our rights that the majority of Americans do not agree with and when women speak up they do everything in their power to SILENCE us.  The last man who tried to silence me by putting his hand over my mouth removed it quickly.  I planted the pointy heel of my 4 inch stiletto through his shiny leather shoe and into his foot.  That solved that little problem; he couldn’t walk away with a hurt foot and had to hear what I had to say anyway.

We need to shout “Vagina” until their ears bleed.  We need to let the dust collect under the couch and forget about the ring in the toilet bowl.  We need to let them know we will not be silenced when they show their disrespect by infringing on our personal rights.  As a southern lady I want them to understand that when they call us “SLUTS” it actually means Southern Ladies Up To Something.

About Blue Belle in Red Hell I am a southern progressive woman living in Red State biblebelt hell.

I refuse to question my sanity because the majority of those around me have closed their minds to reality and are manipulated into continually voting against their own best interests out of some false sense of religious adherence or some irrational idea of what is American born out of fear or hate.