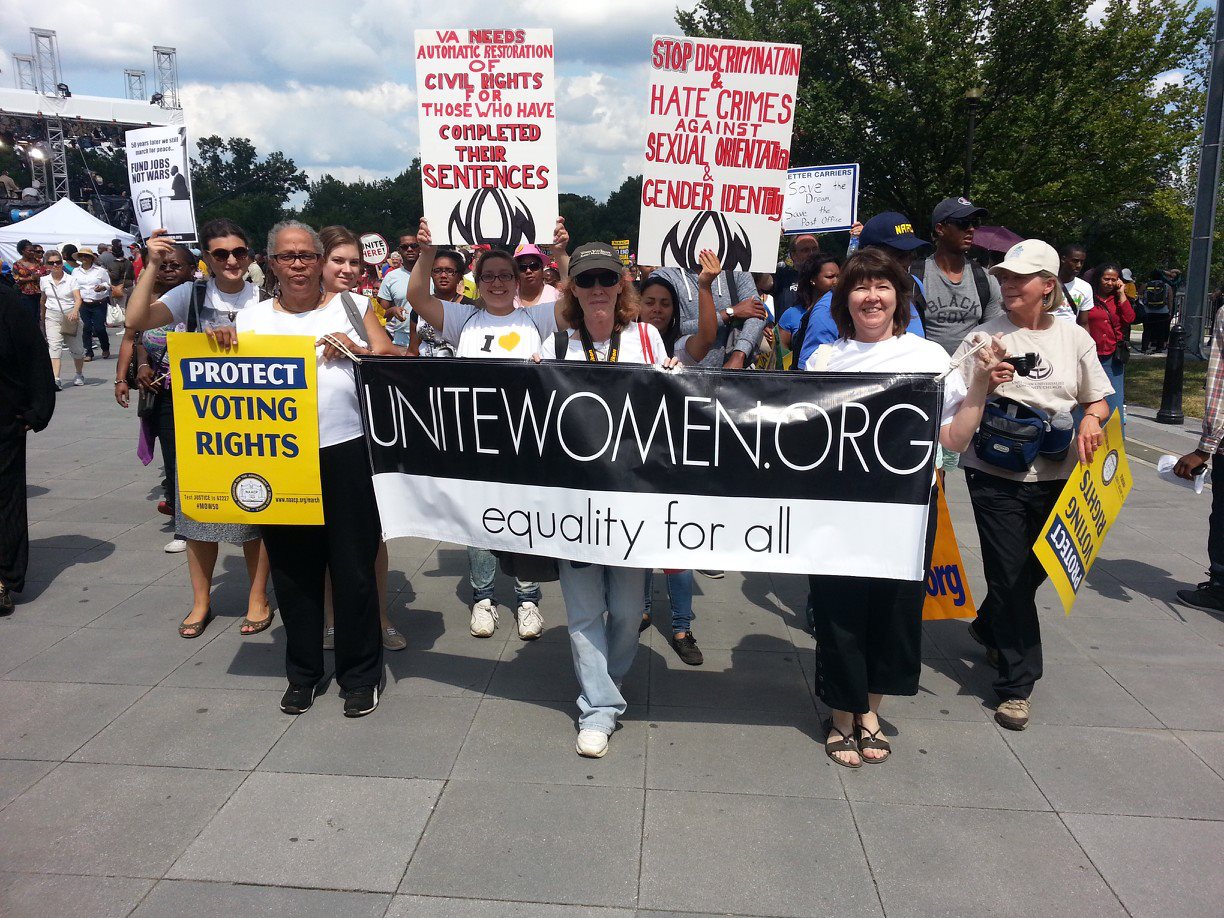 I was recently asked what the most memorable moment of 2013 was for me as President/CEO of UniteWomen.org.  In contemplating my answer, I realized there were countless memorable moments this year. We’ve had some fantastic successes that brought us great joy, and we also made some mistakes that brought about some heartache, but lessons were learned throughout – and the good far outweighed the bad.

• We conducted a twitter bomb directed at U.S. House members to pass the U.S. Senate version of the Violence Against Women Act, which was inclusive of all women.  The House version would have eliminated LGBTQ, immigrant and Native American Women from protection. The twitter bomb was conducted in real time while members were speaking on the House floor. As each member spoke, we tweeted them either calling out their lies or cheering their support of the Senate bill.  Within a few hours, we received tweets directly from many House members stating they would change their vote to the inclusive Senate version and VAWA passed that afternoon. 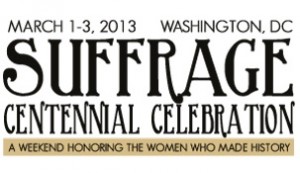 • Who would have thought we would be working so closely with the National Women’s History Museum, Sewall Belmont House, Alice Paul Institute, AAUW, Smithsonian and many others in our first year of existence? We were honored and inspired to work alongside the many people involved with the Suffrage Centennial Celebration. 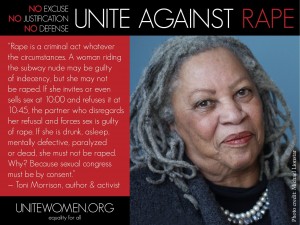 • The launch of “Unite Against Rape” in answer to the Steubenville, Ohio verdict really hit a nerve with our followers.  The messages we received were heart wrenching and sometimes made it difficult to work on this project. But we are reminded that ultimately this is why we do what we do. Helping just one person gain the confidence to share their story is rewarding. Then to see them in turn work to help others makes it that much better. We are so proud to continue our work in fighting the culture of rape in our society with RAINN.org and the NJ Human Trafficking Coalition. 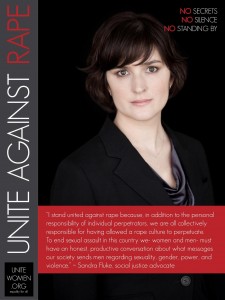 • The 55 “Organizing Against The War On Women” rallies held on April 28, 2012 in 45 states were the launch pad for the creation of UniteWomen.org. We celebrated our one-year anniversary with an event in Virginia, which was live-streamed on April 28, 2013. Protests against the trans-vaginal ultrasound legislation in VA and Sandra Fluke being denied testimony on contraception were key in inspiring our beginning. We were honored to have Sandra as our keynote speaker at the anniversary celebration, along with an incredibly diverse and prestigious lineup of speakers.

• I was asked to speak at the Honoring Women’s Rights conference last year, which brought together artists, activists and educators. I left that conference with a desire to create a program to highlight and help female artists. Hence, UniteWomen.org’s first curated art show was launched: “Women’s Rights – An Artist’s Perspective.” We received hundreds of pieces from incredibly talented artists, which were featured in an online gallery, and we were excited to hold a live gallery showing of the work of the top rated artists in November at the Pam Foss Fine Arts Gallery in St. Michaels, Maryland. Check out the catalog 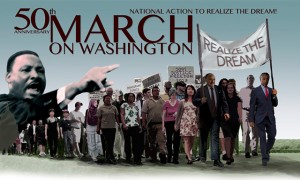 • UniteWomen.org was a coalition partner for the 50th Anniversary March on Washington with the National Action Network. The speeches at the rally and the subsequent march were an amazing experience. It was an honor to join so many organizations, unions and individuals working to realize Dr. Martin Luther King, Jr.’s dream of equality for all.

• The ERA must finally become reality! We are proud to be part of the ERA Coalition, a group of organizations, legislators and legal teams to move this effort forward.

• The incredible effort in Texas fighting against the all encompassing anti-women legislation was a true testament of organizations coming together for a common cause. We were happy to play a part in what was one of the most organized coalitions we’ve seen. 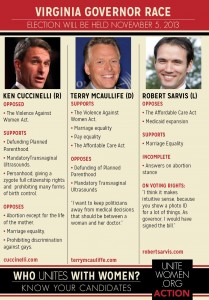 • Our effort, along with so many organizations in Virginia, culminated in a sweep of pro-women candidates taking the Governor, Lt. Governor and Attorney General seats. This will give you a taste of what we’ll be doing across the country in preparation for the 2014 mid-term elections.

• After so much work by individuals on our Board and Executive team, we obtained our 501(c)(3) non-profit designation in addition to launching UniteWomen.org ACTION as a 501(c)(4). While the April 28, 2012 rallies were the original goal, I recognized the need to build and create an organization very early on in the planning process and shifted that goal to create UniteWomen.org. I thank the many people along the way who helped to make this a reality.

UniteWomen.org grew very quickly by uniting passionate women and men all over the country who were angry about the legislative attack on women’s rights. Building an organization on social media was uncharted territory.  We very quickly reached success, along with some predictable growing pains that allowed us to reflect, learn and grow.

We have been fortunate to attract some incredible talent to our team, and have created, built and developed many programs and campaigns together. The talent, passion and common goals of our team members have culminated in some amazing work, but we also occasionally encountered some “artistic differences” within our ranks.

Not everyone agrees on tactics, strategies or goals – and there are many forms of activism. One only needs to read the history of women’s rights to know that this is not a new issue, but living it out in real time on social media sure changes the dynamic; information travels like wildfire, even when it has absolutely no truth or merit.

We have learned the value of patience.  Those who believe misinformation are going to believe it no matter what the facts are – whether it’s about the Affordable Care Act, birtherism, or various faux scandals pursued by Darryl Issa. We decided to look beyond the short term and ignore any negativity and misinformation directed our way.  While it has been difficult not to respond to some fallacious accusations, we knew that keeping our focus on the overall goal and mission of UniteWomen.org is what would propel us forward through what has been a wonderful and rewarding year.

Look for a piece next week describing our goals for 2014 and how you can get involved. Happy New Year!